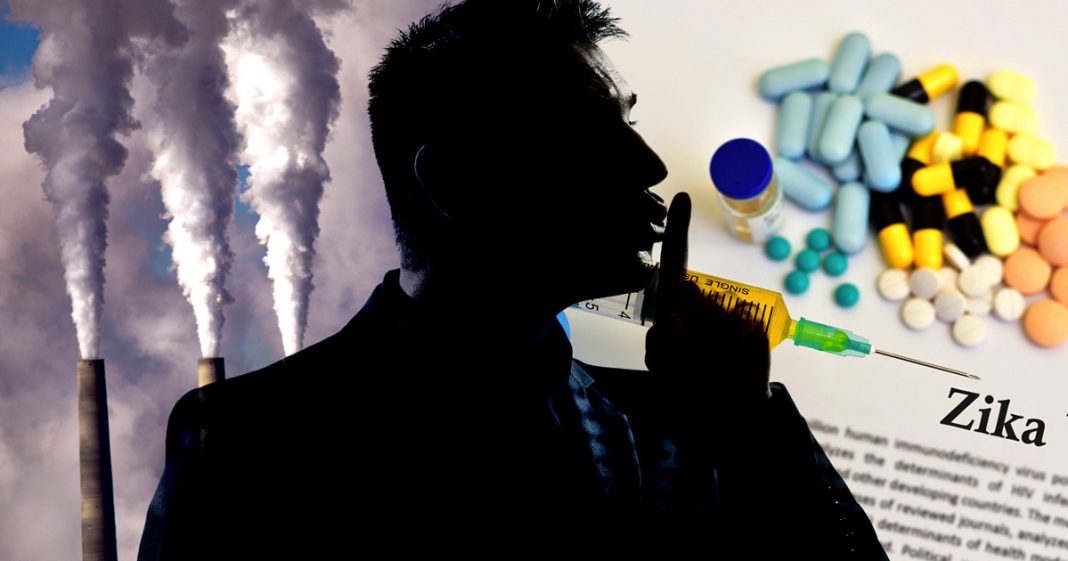 Donald Trump’s claims that media outlets reporting on him are “fake news” is one thing, but the public dismantling and silencing of federal institutions like the EPA and HHS are blatant attacks on information and knowledge. Ring of Fire’s Farron Cousins discusses this.

For many years, the general belief, I guess, the conventional wisdom has been that all politicians lie, and to an extent that is true. Obviously, when you’re running for office you have to put on a campaign face, and you’ve essentially got to be somebody else, somebody that appeals to everyone publicly. Behind closed doors, you get to show your true self, but with Donald Trump, his lies are different because they’re not always lies. Sometimes there can be lies of omission, and that is the thing we are actually seeing more of in the Trump Administration, mostly through his muzzling of intelligence organizations, of government regulatory agencies, and preventing them from speaking out, speaking to the public, and sharing their data.

For example, his muzzling of the Environmental Protection Agency puts American lives at risk. It prevents us from learning what’s happening in the last six months, the next six months with ozone levels in the United States, with levels of carbon pollution, areas where the water is contaminated and unsafe to drink. According to Donald Trump’s gag order on these agencies, the EPA could not tell us. They would have to tell the Trump Administration, then the administration would choose whether or not to release that information to the public. That is what his gag order means, and it’s even more severe at other agencies like the Department of Health and Human Services, the Centers for Disease Control. Those organizations are supposed to let us know immediately of any public health crisis that threatens us, and now they can’t. Same with the EPA. They would have to find out. They would have to review it. They would have to present the data to the Trump Administration. The Trump Administration would look over it, and then decide whether or not to release this information to the public.

It may not be outright lying, but it is lying by omission, and those lies are putting American lives at risk. That’s what we’re seeing under Donald Trump. The truth in every form imaginable is under attack today, whether it’s the administration giving us alternative facts, or the administration refusing to tell us what’s actually happening in the world. They’re two different forms of lies, but they’re all lies, and that’s an assault on the truth. It’s an assault on public knowledge. We as a public have the right to know what’s happening in this country. We have the right to know the truth, but according to the Trump Administration, not only what they’ve said and done, but what we’ve already seen, the truth is something that we will never get from Donald Trump or anyone working under his administration.