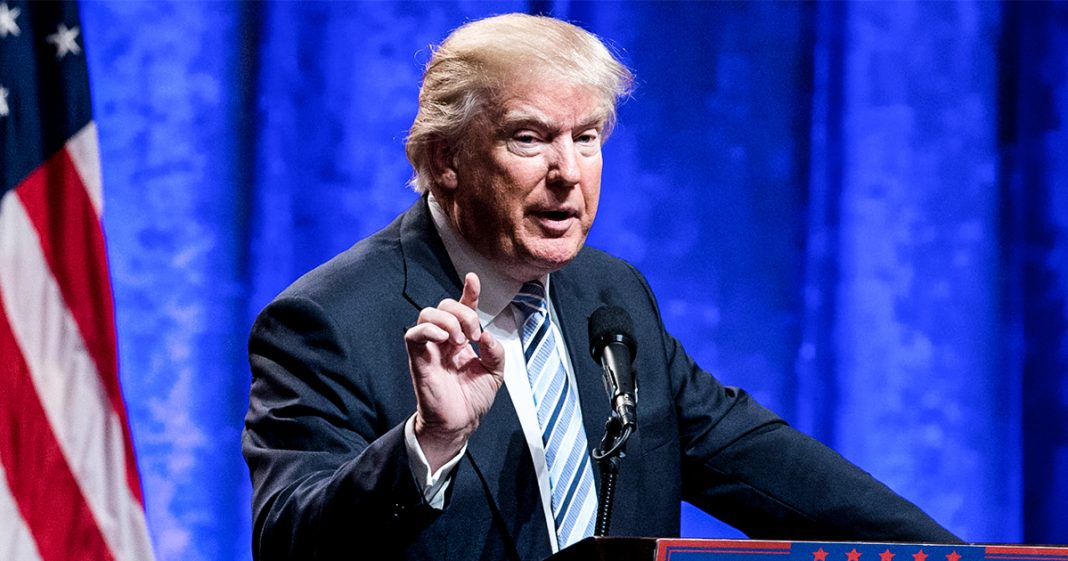 On Monday morning, President Donald Trump made an absurd statement during a press event as commander in chief when he told a room full of members of the military that the media had chosen not to cover many terrorist attacks for “reasons.”

“You have seen what happened in Paris and Nice. All over Europe it’s happening,” he said.

“It’s gotten to a point where it’s not even being reported. And in many cases the very, very dishonest press doesn’t want to report it.

“They have their reasons, and you understand that.”

Not only did the military fail to “understand that,” but most of the nation was left wondering what the hell the president was referring to. Doesn’t he know that news media lives for violence and death? Doesn’t he know the iconic phrase in news that if it bleeds, it leads?

But like every other absurd assertion he has made in his short Presidency, rather than letting the controversy die or even – egads! – apologize for lying, the president doubled down on Monday evening by releasing a massive list of events he considered terror attacks, and which he felt the media did not adequately cover.

On the list was the San Bernardino, as well as the attacks in Nice and Paris. Those were just three of the most prominent attacks that Trump felt was under-covered.

Wait a minute here… was Trump actually watching the news back then? Because I certainly was, and I remember the nonstop, ceaseless coverage of every moment of those attacks and the aftermath.

But apparently none of that was good enough for Trump.

But you know what WAS good enough for Trump? The coverage – or lack of – for the white Quebec man who murdered 6 in a Mosque in Canada just last week. The attack that Trump never once mentioned or even tweeted about.

Also left off of his list was the terrorist attack on a Charleston church in 2015, perpetuated by white supremacist Dylan Roof.

The BBC was so offended by Trump’s baseless accusation that they broke down each item on Trump’s sad terrorist list, citing the dates and articles in which they did cover each and every one.