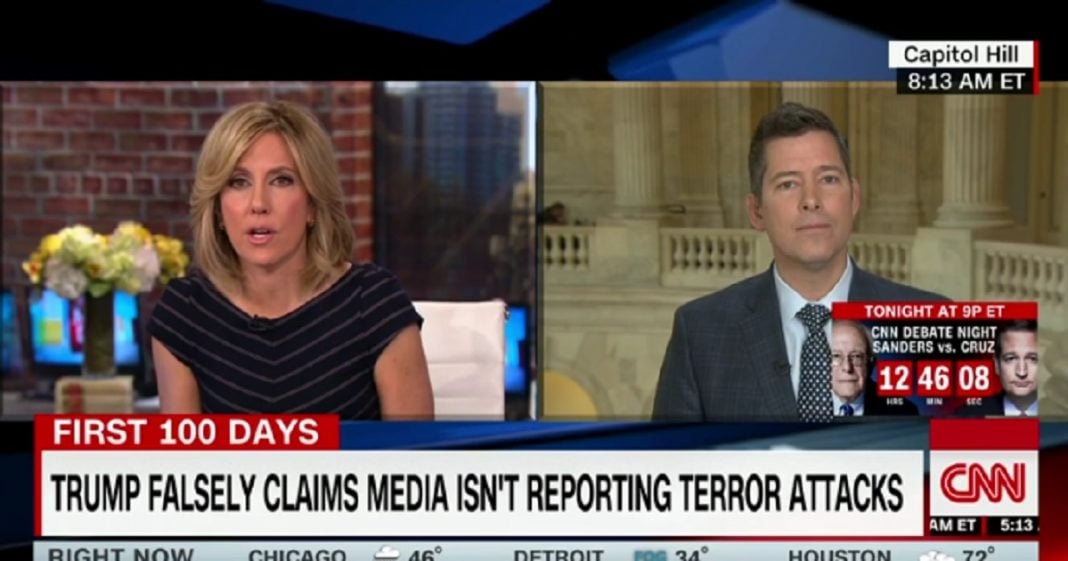 But as Duffy learned, defending the indefensible is not so simple.

While speaking with CNN’s Alisyn Camerota, Duffy argued that the attack against a Quebec Mosque in Canada that the president ignored was an isolated incident, vastly different from what he considers to be an organized terror effort by ISIS in attacks like the one that occurred in San Bernardino.

Why isn’t the president talking about the white terrorists who mowed down six Muslims praying at their mosque?” Asked Camerota.

“I don’t know, but I would just tell you there’s a difference. You don’t have a group like ISIS or Al Qaeda that is inspiring [attacks] around the world. That was a one off, Alisyn.”

Yes, the congressman referred to the violent attack of a religious group – one currently being demonized by the west and by Trump in particular – was a “one-off,” a fluke.

Duffy pushed for Camerota to name another white supremacy-based attack that might have shifted the Quebec attack from an isolated “lone wolf” event to a more organized agenda. When Camerota named the Charleston attack, another attack perpetrated by a white man against a minority group, Duffy then moved the goalpost, asking for her to list yet another.

“So you give me two examples, right. And in recent times, we’re going to talk about the one example. That’s different than the whole movement that has taken place through ISIS and inspired attacks.”

Duffy also made it seem as if the Charleston attack was somehow worthwhile, saying that the U.S. learned so much from what occurred. Considering that he and others are still referring to acts perpetrated by white supremacists as “isolated incidents,”and “lone wolf” events is evidence that that is simply not true.

Camerota: Why isn't the president talking about white terrorism?