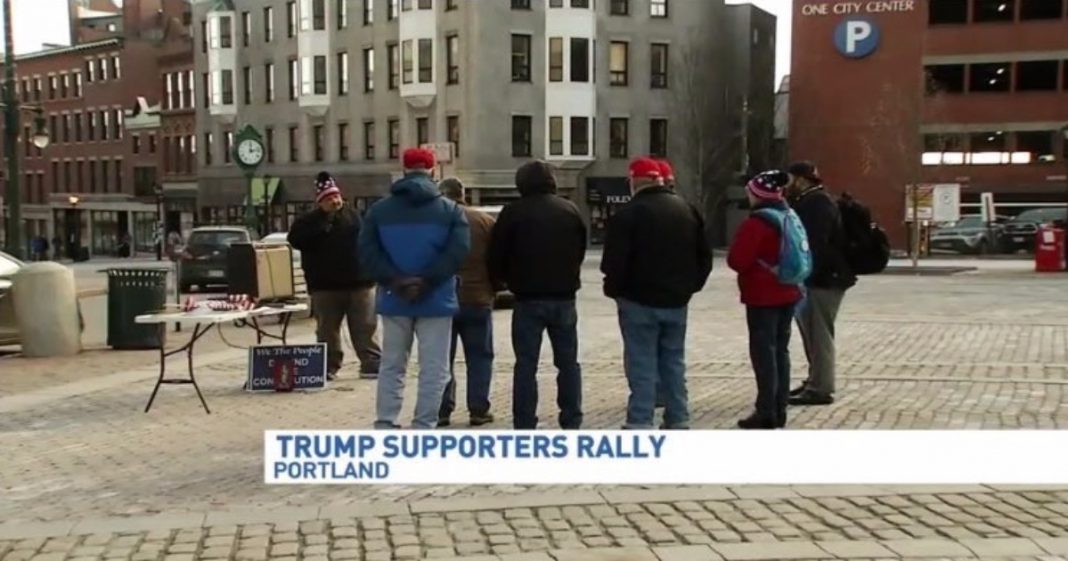 You may have been hearing about the dozens of anti-Trump protests raging across the country. You may have heard how approximately 7 million women and women allies marched the day after Trump’s inauguration – but what you likely aren’t hearing about is the pro-Trump rally that was held in Portland, Maine over the weekend.

Now you may think you didn’t hear about this rally because the *evil,* *biased* corporate media doesn’t want to cover pro-Trump events. But you’d be wrong.

You didn’t hear about this little protest because just eight supporters showed up to voice their devotion to President Trump. In fact, stay tuned because our president is likely to soon tweet about the event using a bit of alternative facts.

‘While paid protesters LIE about me and the failing New York Times covers them, Fake NEWS CNN hasn’t said a WORD about the DOZENS of supporters who protested for me over the weekend.’

According to the Huffington Post, the protest was organized by pro-Trump Mainers who just wanted to show the other side of all of these protests.

“I’m just kind of letting you know there’s another side to the story.Letting people know [Trump] has an awful lot of backers behind him.”

Now, we can be fairly sure that there are more than eight Trump supporters in the nation, but at this point, it’s hard to imagine its a whole lot more than that.

@StopTrump2020 I was in Portland at a Pro Trump rally with 1.5 million other patriots!! #TheResistance pic.twitter.com/MQaWDU7obQ