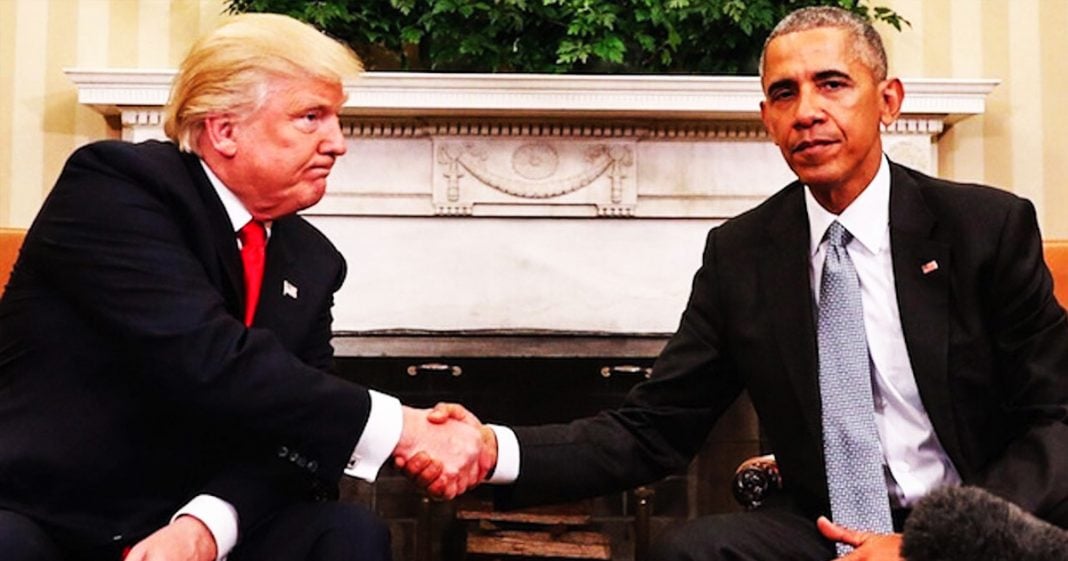 In this Majority Report clip, Sam Seder explains why some people are saying that President Obama also banned Muslim travel while he was in office. There was an act in 2015, a visa-waiver provision (VWP), which excluded the seven countries on the Trump administration’s list from exemption for the need for a visa in order to enter the United States. There was also a re-vetting of about 60,000 Iraqi refugees in 2011 after two Kentucky men from Iraq were found to have been plotting to assist al Qaeda in acquiring weapons (in Iraq, not the U.S.) that created a backlog for incoming refugees.