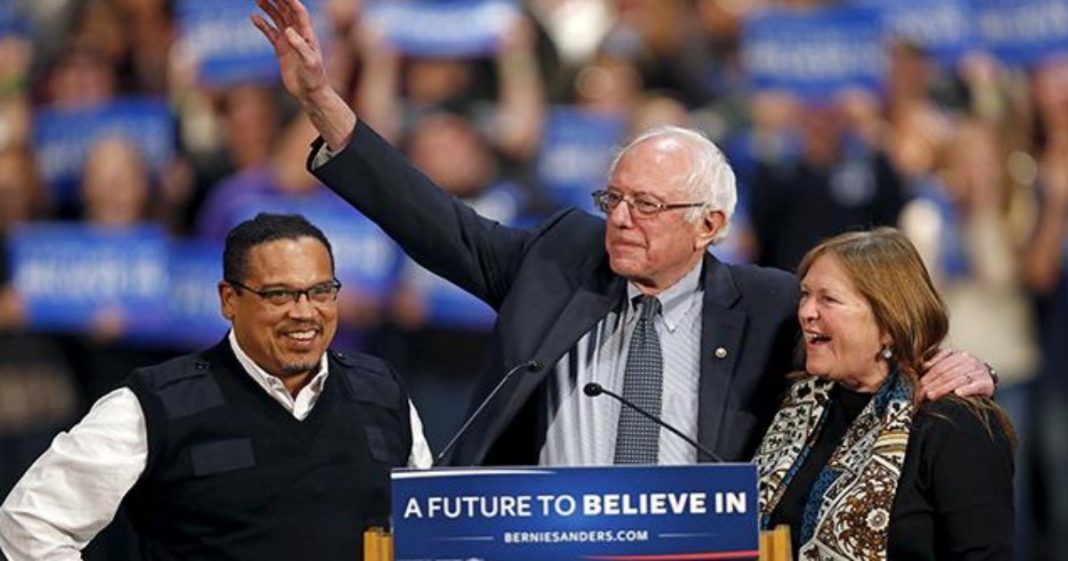 In the continued quest to unite the disjointed Democratic party, it seems as if DNC chair frontrunner Keith Ellison may truly be the key.

As Donald Trump continues his tyranny and disorganized chaos on the side of the GOP, the liberal side of the political world is quietly working to choose a new leader for their party structure, and they don’t really seem to be getting anywhere.

Despite holding several debates between the ever-growing pool of DNC chair candidates, those who would like to lead the party are finding that they are publicly agreeing far more than they are disagreeing.

Still, Ellison is the candidate who has been receiving the most bi-partisan support from the blue party, earning nods from both Berniecrats and Clintonites.

This support from more centrist Democrats show that Ellison won’t just appeal to far-left progressives, but can also draw support from more moderate Democrats. The key here for Ellison will be to navigate uniting the party without compromising too much the ideals on which his candidacy is based.

The support by Lewis and Steinem also would seem to indicate that many Democrats who backed Clinton in the 2016 election over Sanders realize the error of their way in the midst of Clinton’s loss. Though they may have turned their back on Sanders, there is time yet to embrace the progressive movement and center the Democratic party on those progressive principles.