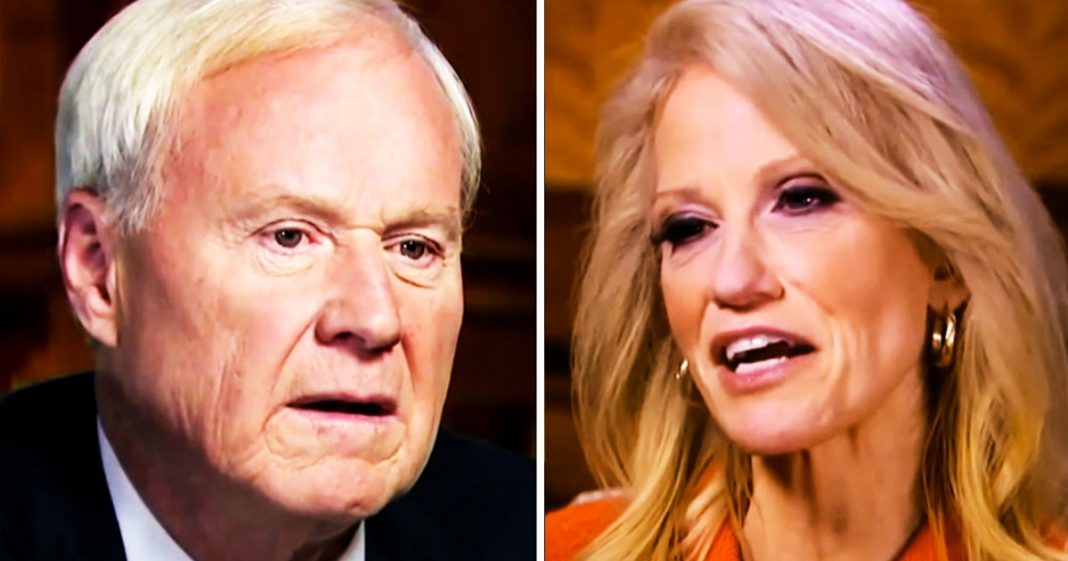 In this Majority Report clip, we watch Kellyanne Conway appear on MSNBC with Chris Matthews. She’s allowed to sit down in studio, as we’re forced to behave like the things coming out of her mouth might make sense and might be true, since she’s the official “Counselor to President Donald Trump” now. The things coming out of her mouth do not make sense and are not true, however, so maybe they’ll take away the chair or something. She invents an occurrence of domestic terrorism here called the “Bowling Green Massacre,” which is not a thing. Two Iraqi refugees in Bowling Green, Kentucky, faced federal terrorism charges in 2011 for attempting to get weapons to al Qaeda—in Iraq. They were not planning a terror attack on U.S. soil. The two men were caught because they WERE being monitored by the U.S. government: One man told an FBI CI about his plans to provide weapons to a terror group in Iraq, and this led to the two men being caught and prosecuted. President Obama reacted by having nearly 60,000 Iraqi refugees revetted, causing an immigration backlog. He never enacted a ban, however.

Scott Millican - July 9, 2020
0
Episode 548: Farron Cousins from Ring of Fire on YouTube fills in for Sam this week with guests: Jen Perelman, who has launched a popular primary...