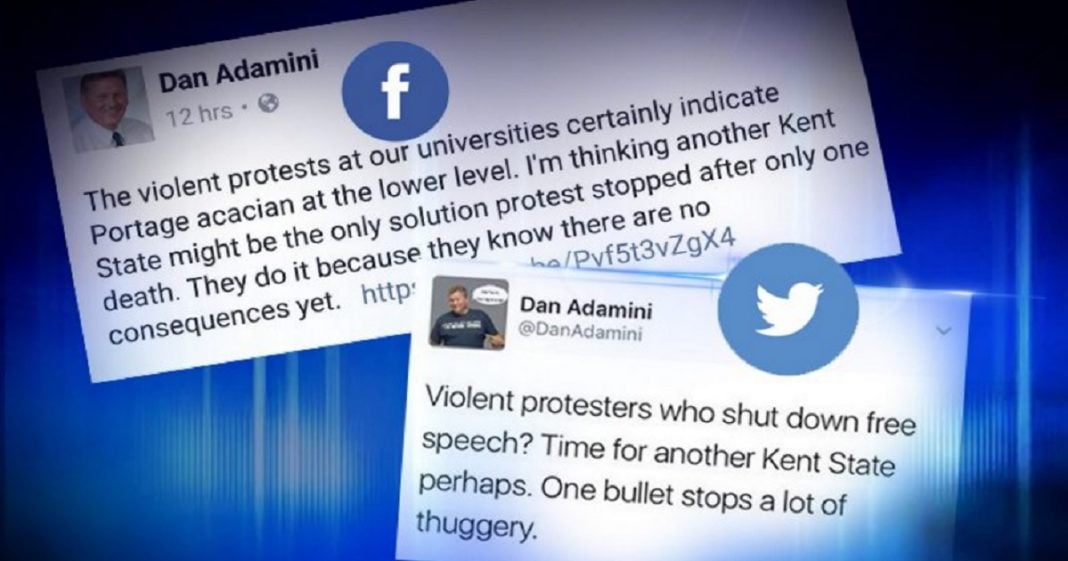 Despicable member of the Republican party Dan Adamini is facing strong opposition after he posted a tweet and Facebook post calling on the federal government to murder protesters in the interest of curbing dissent.

Adamini, who is radio host of a show ironically titled, “In the Right Mind,” said that if the federal government could take their cues from the tragedy at Kent State, things might be in hand.

“I’m thinking another Kent State might be the only solution protest stopped after only one death. They do it because there are no consequences yet.”

The despicable man later deleted his tweet and Facebook post and semi-apologized, but has since spent most of his time angry at those who feel he crossed far over the line.

Taking a lot of heat for a very poorly worded tweet yesterday. Sorry folks, the intent was to try to stop the violence, not encourage more

According to Adamini’s Facebook page, he has plans on running for public office in the next election or two. Hopefully with enough people reacting strongly to his despicable message, those hopes are now destroyed.

This is a Michigan GOP official. Calling for the government to start murdering protesters. Still think this isn’t a fascist coup? pic.twitter.com/XpmRRwpvVP