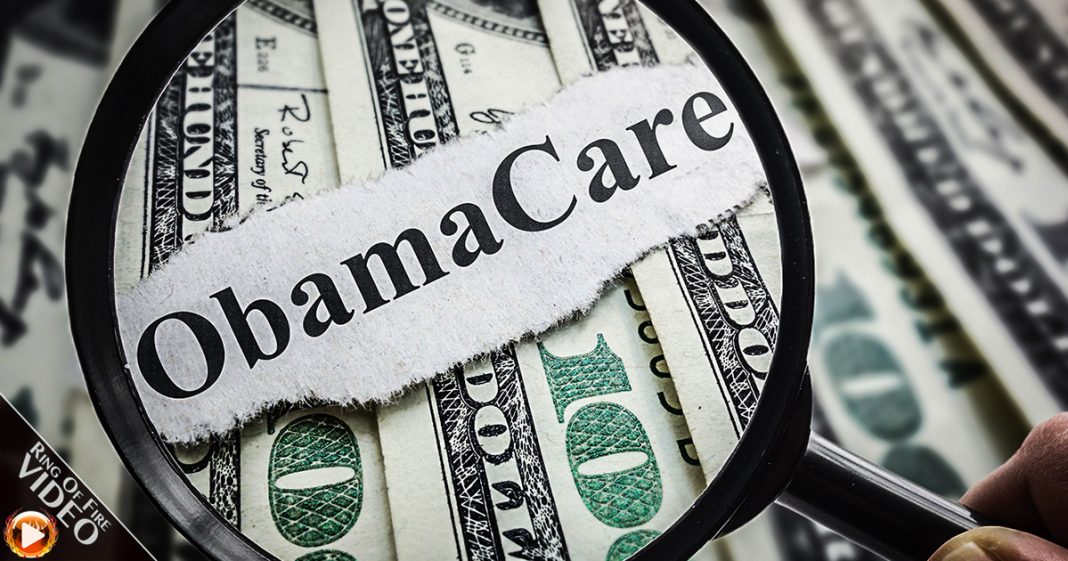 Republicans are still hellbent on taking healthcare away from millions of Americans, but what they don’t realize is that doing so will cost this country well over 1 million jobs, creating a massive economic downturn. Ring of Fire’s Farron Cousins discusses this.

We all know that repealing the Affordable Care Act is going to kick 20 to 30 million people off of their health insurance plans. We also know according to recent reports, that repealing Obamacare will result in the deaths of at least 40,000 additional American citizens every single year, due to the fact that they no longer have health insurance coverage. According to a new report by the Economic Policy Institute, getting rid of Obamacare, specifically the tax cuts associated with Obamacare, is going to cost the United States 1.2 million jobs in the next two and a half years.

Here’s how that breaks down. Right now low and middle income American’s no longer have to worry as much about paying out of pocket for health insurance. Not necessarily health insurance, but for health related expenses. Instead of having to put money aside to pay for a hospital visit, or to pay for prescription drugs every month, they’re saving that money and instead spending it in the economy. A great example is when the expansion of Medicaid happened, there was a great economic boom throughout the United States, hundreds of thousands of jobs created, and three quarters of those jobs created were not even in the healthcare sector. That is what we call the, “Economic trickle effect.” Not trickle down, the trickle effect.

When people have more money to spend, they spend more money. That does not apply to the top one percent, the people who have so much money that if you give them anymore, they save it or invest it in the stock market, things that don’t necessarily help the economy as much as direct spending. When you give it to low income, middle income American’s, people who have to pay their money every paycheck for things, it creates American jobs. That’s what we’re looking at right now if Republicans repeal the Affordable Care Act. 1.2 million American jobs gone, simply because people don’t have the money to go spend on goods and services anymore. Instead they once again have to hoard that money, and pray that they never have to go have an overnight, or two or three day hospital visit. Pray that they never have to go have a $5,000 MRI performed, or pray that their child doesn’t get diagnosed with asthma, or any kind of allergy that requires an EpiPen, to where they have to spend seven, $800 every few months just to keep their child alive.

That’s what we’re looking at here. According to this new report from the Economic Policy Institute, 1.2 million jobs will be lost if the Republican’s succeed in repealing the Affordable Care Act. No matter what way you slice it, whether it’s economically with the jobs, whether it’s people dying from lack of health insurance, there is no good outcome from repealing the Affordable Care Act as it stands right now. Republican’s are still hellbent on taking away this vital piece of legislation from the American public. Simply because a democrat put it in place, and it’s paid for by tax breaks, or tax increase … Excuse me, for the top 400 families in the United States. That’s why Republican’s hate this law so much.

At this point you have to ask yourself, “Is there any argument that can be made to Republican’s to get them to protect this piece of legislation?” The only thing we can say to that is to keep hounding them. Keep showing up at their offices, keep calling their offices. Tell them how much you like this legislation, because right now the Affordable Care Act is more popular than it has ever been in it’s entire existence. It’s because people finally understand that having health insurance is better than not having health insurance. Having a piece of legislation that prevents insurance companies from kicking you off because you have a preexisting condition is better than whatever the Republican’s have to offer.