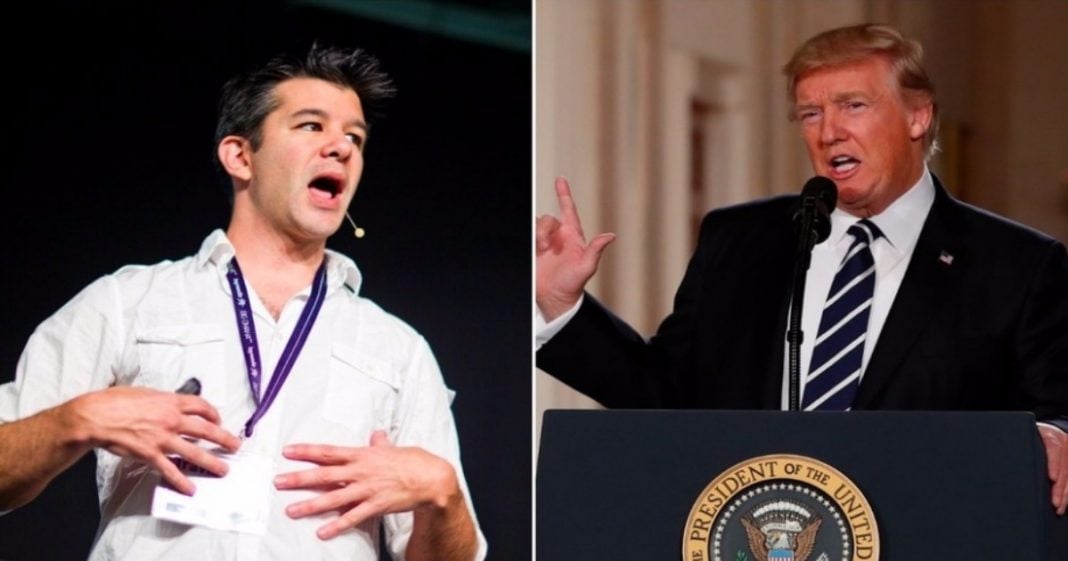 Over the weekend, popular transportation application Uber felt the withering glance of the anti-Trump movement when the organization took a political stance by breaking the ongoing taxi driver strike in response to Trump’s refugee ban.

While the taxi union elected not to operate for an hour in solidarity with the ongoing protests over the ban and the unconstitutional detention of incoming foreigners, drivers from Uber continued to operate, effectively undermining the protest and siding with the president.

Additionally, Uber turned off surge prices for trips to and from the airport, another indication that they were taking a political stance and attempting to monetarily capitalize on the movement.

In response, an online movement grew at lightning speed calling on individuals to delete their Uber accounts and uninstall the app from their smartphones with the hashtag #DeleteUber. Within hours, Uber was acutely aware of how strongly opposed their political decision was. Altogether, around 200,000 individuals deleted their Uber accounts.

Days later, on Thursday, Uber CEO Travis Kalanick announced that he was resigning from Trump’s Business Advisory Council, a council of rich CEO’s Trump had previously assembled. In his memo to Uber employees, Kalanick said that his decision was directly related to Trump’s refugee ban.

“Earlier today I spoke briefly with the president about the immigration executive order and its issues for our community. I also let him know that I would not be able to participate on his economic council. Joining the group was not meant to be an endorsement of the president or his agenda but unfortunately it has been misinterpreted to be exactly that.”

Hours later, we learned from White House insiders that Trump did not respond well to Kalanick’s resignation at all, and threatened to take away all access to himself and the White House before uttering a decisively unpresidential phrase.

“If you want to cut off your access to the White House, f*ck you.”

If things continue as they have so far, Trump can expect to see more of his business partners remove themselves from his “access,” or risk losing massive customer support and business.