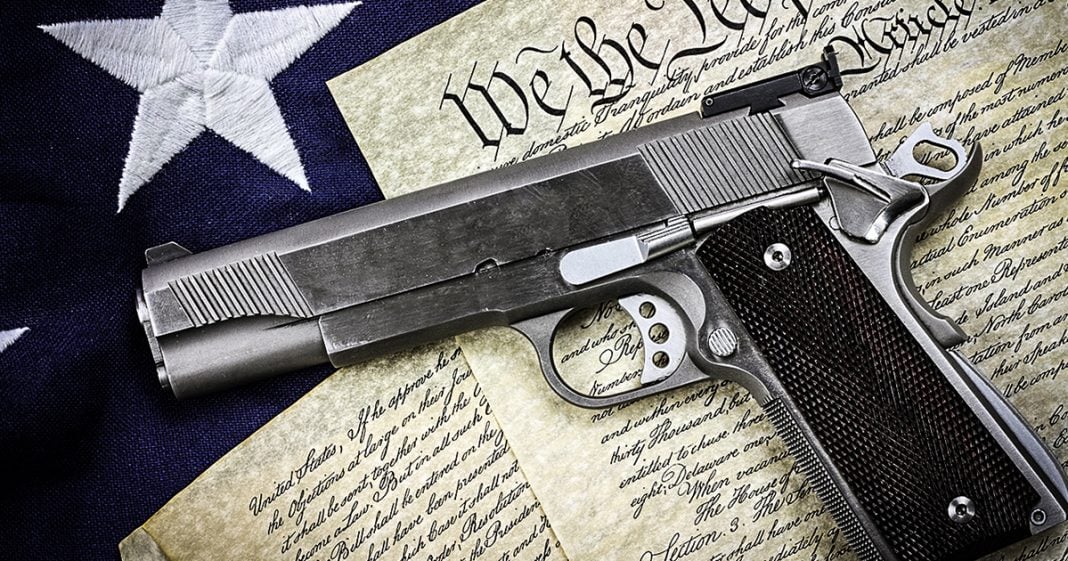 Having learned nothing from the countless deaths that have occurred in recent years, Republicans in the House of Representatives have voted to strike down an Obama-era law that prevented the severely mentally ill from purchasing deadly firearms.  Regardless of your views on the Second Amendment, we all can agree that this isn’t going to end well. Ring of Fire’s Farron Cousins discusses this.

On Thursday evening of this week, Republicans in the House of Representatives voted to overturn a regulation from the Obama administration that prevented people who were getting disability benefits from Social Security, who were specifically designated as severely mentally ill, from buying deadly firearms.

Now this regulation at the time obviously was opposed by Republicans, but they were able to push it through anyway in spite of the massive opposition from both the Republican Party and from the NRA, but in America today in 2017, the Republican Party thinks that it’s perfectly fine for people living on government assistance because they are too mentally ill to function at a job, it’s okay for those people to go out and buy hand guns, assault rifles, whatever you want. Second Amendment takes precedent here.

Now I don’t care what your views are on the Second Amendment. Maybe you’re completely for it, maybe you’re completely against it, but I don’t think that anybody can really justify giving a gun to somebody who is mentally ill. People with schizophrenia, people with multiple personalities. People who hear voices, whose mental capacities are so hindered that literally they can’t function in society. That’s what this law from President Obama was targeted at. It wasn’t targeted at people who were otherwise disabled. Maybe they’d lost a hand; maybe they’d lost a leg. You still get Social Security benefits for that. This was targeted at the people who can’t function in regular society because their mental capacities are lacking so much.

We didn’t want them to have hand guns because we have seen what happens when the mentally ill get their hands on weapons. Newtown is a perfect example there. Aurora, Colorado. We want these people to have weapons? We want to give them to people who are even more impaired mentally than the people who carried out the Aurora shooting and the Newtown shootings? What on earth does the Republican Party stand to gain from this?

I’ll tell you. Money. Money from the NRA. Backing form the NRA, and here’s something else that people need to understand. If you are a member of the NRA, please understand that that organization does not care about you, because the vast majority of the money that goes to the NRA to keep that organization flowing is not coming from your membership fees. It’s coming from the firearm industry. You have become a tool of the firearm industry whose only goal is to make money. They don’t care what you do with the gun once you get it; they just care that they get your money for it.

The only reason they care about the Second Amendment is because they profit from it. You have to open your eyes and see what’s happening here. Giving guns to the mentally ill is one of the dumbest things I have seen come out of Washington in the 12 and a half years that I’ve been talking about Washington. You’d have to be mentally ill yourself in order to think that this is a good idea.