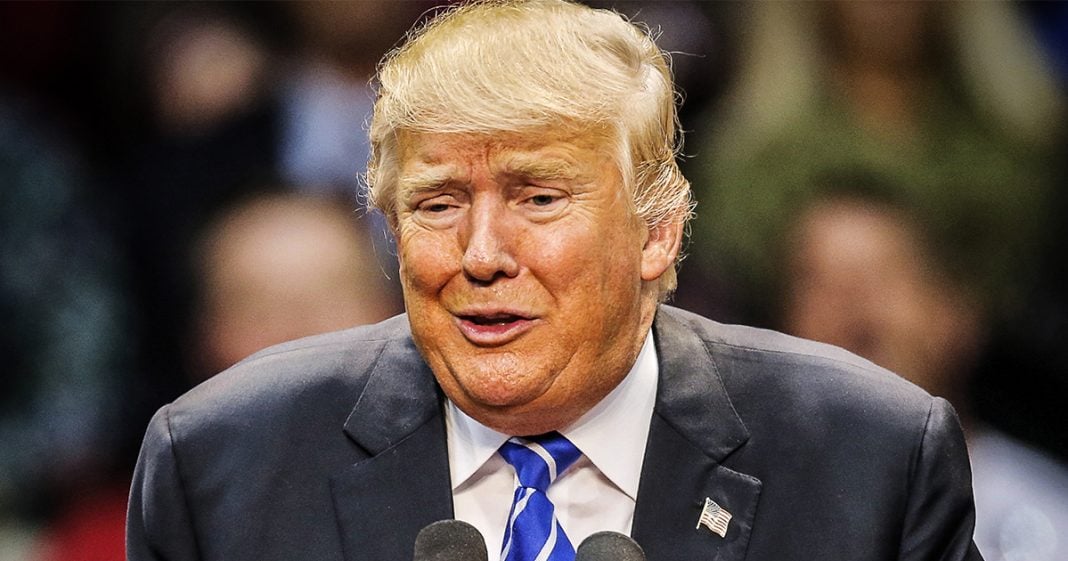 Trump’s foreign policy has already killed an 8-year old child, 2 Navy SEALs, and his calls with foreign leaders and dignitaries have ended in disaster.  This man is going to start a war one way or another, and he’s woefully ill-prepared to manage that. Ring of Fire’s Farron Cousins discusses this.

By all measures, Donald Trump’s first two weeks in office have proven to be a foreign policy nightmare. It began with an attack authorized by The White House earlier this week, in which an eight year old girl was killed along with the US citizens, Navy SEALs, and other women and children. Now this is obviously something that we did see under President Obama with drone attacks. We did see civilians killed but this was Donald Trump’s very first time to come out of the gate and show us just how tough and great he is when it comes to the military and he got US citizens killed, women and children as well.

That’s just the tip of the iceberg on what we’ve seen so far from Donald Trump’s foreign policy, because again foreign policy is not just military might. It’s diplomacy. It’s how you handle the leaders and representatives from other countries, and so far again has been a complete and absolute disaster. According to reports, during a phone call this past Saturday with the Prime Minister of Australia, Trump got angry. He got irate and eventually ended up hanging up on the Prime Minister of Australia during a diplomatic phone call. This is a country who’s been one of America’s oldest allies, one of our closest allies, a country that really in no way poses any sort of threat whatsoever to the United States, a country that has always, throughout everything, been our friend, and Donald Trump hangs up on them.

According to White House aides, he has acted similarly in calls to other foreign leaders, including Mexico. The AP went as far as reporting that Donald Trump told Mexican President that we may just send our military down there to handle your problems for you, which kind of amounts to Donald Trump threatening to invade Mexico. This is not normal behavior from a sitting US President, and if it is, it’s not something that’s ever been reported. This is the behavior of a madman, of a psychopath, who has no idea what he’s doing, has no idea why he’s even in the position that he’s in, but unfortunately, he is in that position. Donald Trump right now is the premier representative of the United States of America and this is the behavior that we get from him, hanging up on foreign leaders, threatening to invade Mexico and killing women and children and American citizens, and it’s only been two weeks.