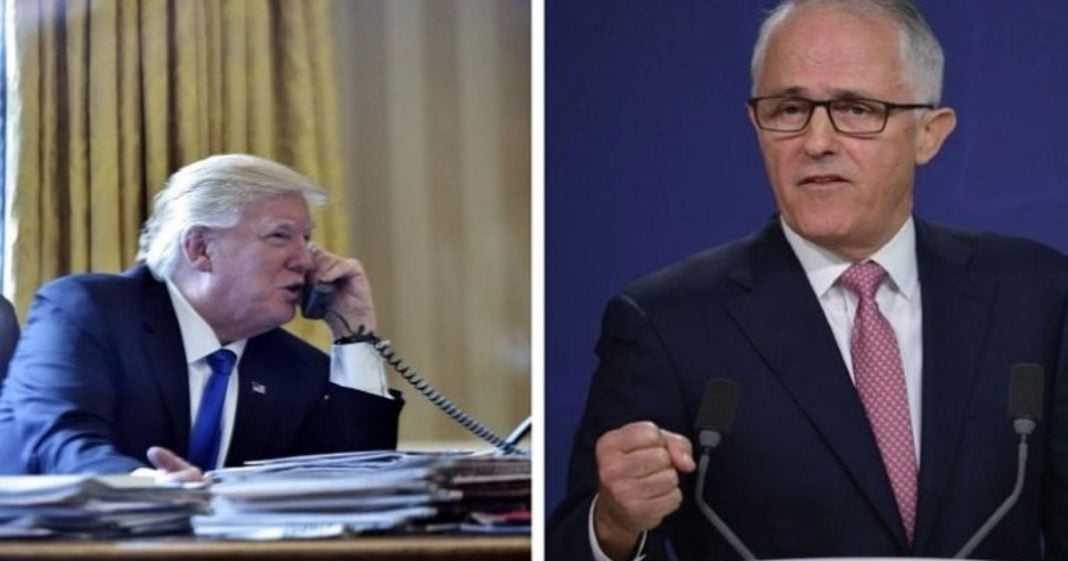 The distant nation of Australia is one of the United States staunchest and most loyal allies. In every war that the U.S. enters, and in every conflict that the U.S. engages in, Australia and its troops are right alongside U.S. troops – we’re the best of friends.

Despite this, on Wednesday evening, President Trump allegedly engaged in an adversarial and angry conversation with Australian Prime Minister Malcom Turnbull. According to reports, Trump yelled at the U.S. ally and eventually hung up on the man, an outrageous lack of political decorum.

During the call, Trump told Turnbull that he had earlier spoken to many national leaders, including Russian President Vladamir Putin, but that his call with the Australian P.M. was the “worst call by far.”

Let me say again: Australia is and has long been one of the U.S. best, closest allies. Why is Trump willing to sabotage such a close ally-ship just two weeks into his presidency?

Trump’s conversation with Turnbull was so heated, so deplorable, that Senior Senator John McCain felt it necesary to reach out to Turnbull afterwards and assure him that the U.S. remained a strong and loyal ally – though whether Turnbull believed that is another story.

McCain released this information in a statement put out on Thursday morning, informing the press of what he had done to clean up Trump’s mess.

“Australia is one of America’s oldest friends and staunchest allies . . . In that spirit, I called Australia’s Ambassador to the United States this morning to express my unwavering support for the U.S.-Australia alliance.”

McCain then went on to basically state that he hope Turnbull wouldn’t let the people of Australia interpret Trump’s tantrum as a nationwide negative view of Australia.

Already, more respectable senators are having to clean up after the president – how long until they stop having his back?