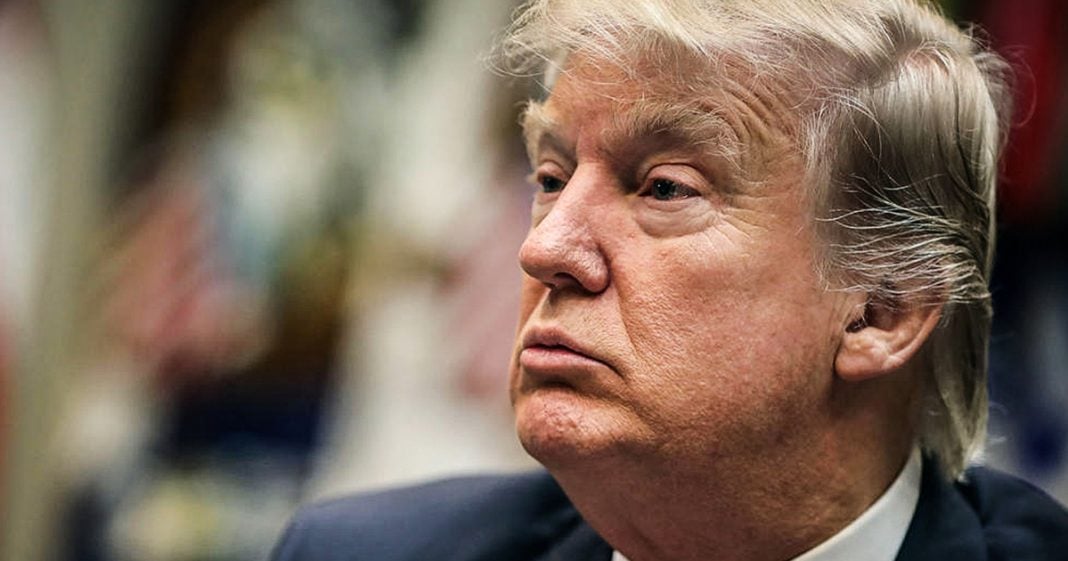 After meeting with representatives from Big Pharma earlier this week, Donald Trump lamented the fact that these companies spend so much money developing new drugs, so that’s why prices are so high.  That claim is a lie – prices are high because pharma spends billions on advertising, and the research is actually funded in part by tax dollars from the federal government. Ring of Fire’s Farron Cousins discusses this.

On Tuesday of this week, Donald Trump met with executives from the pharmaceutical industry so they could all get together and kind of hash out the problem of rising prescription drug costs and everybody in the room, including the executives was upset the prices were just getting so darn high. According to those in attendance, Donald Trump is the one who brought up the fact that he read somewhere that the cost of research and development to even bring a drug to market is between two billion and two and a half billion dollars. Money that the poor pharmaceutical company has to recoup in some way, and that’s why drug prices are so darn high.

Umm, no. That’s not the case. That’s not the truth. It does cost about two and a half to three billion dollars to bring a drug to market, yes. I’ll concede that point. Do you honestly think that big pharma’s paying all of the money? Because they’re not. In fact, Donald Trump, head of the US government, you should probably be aware of the fact that the federal government pays for a lot of the research and development for new prescription medications. Not necessarily direct grants, although that does happen. In the form of University grants, funding colleges. Those colleges do research. They even run clinical trials sometimes that big pharma doesn’t have to pay for. So yeah, it costs a lot of money to bring drugs to market, but big pharma’s not the one footing the entire bill for that.

Furthermore, studies suggest that it takes less than two years for big pharma to recoup the costs on just one drug. Two years for every drug they bring. Even if it did cost them three billion dollars, after two years they have made that money back on that particular prescription drug. So why keep the prices high? You made your money back, you could lower them, because at that point everything’s profit right? Well not exactly. Because we live in the United States, one of only two countries in the world that allows direct to consumer pharmaceutical advertisements. That’s why we’re paying so much for drugs.

Big pharma spends billions of dollars every year in TV ads, magazine ads, newspaper ads, trying to get you to go ask your doctor to prescribe you this wonder drug from big pharma. Those billions of dollars in advertising are what pharmaceutical companies are trying to recoup. Now their research and development costs. Those are gone, those are done, they’ve already paid it off. They want their advertising money back and then some. If we want to lower prescription drug prices in the United States, we have to ban direct to consumer advertising like very other country in the world except for one has done. Everybody else agrees that this is the best way to do it. Everybody else pays lower prices than the United States.

The answer is right there, folks. That one thing could lower prescription drug prices and save American lives. Because people see an advertisement for a drug on TV, they maybe don’t have the condition that this drug is advertised for, but they’ll go ask their doctor for it and an ill equipped, ill informed doctor will do it anyway. It happens everyday. It’s off label marketing is what that’s call. That’s what doctors do, that’s what big pharma does, and because of direct to consumer advertising that’s what patients ask for. That’s why we’re paying so damn much for prescription drugs, people. Because big pharma is allowed to spend billions of dollars in advertisements to get directly to you and then we have to pay that money back for them.