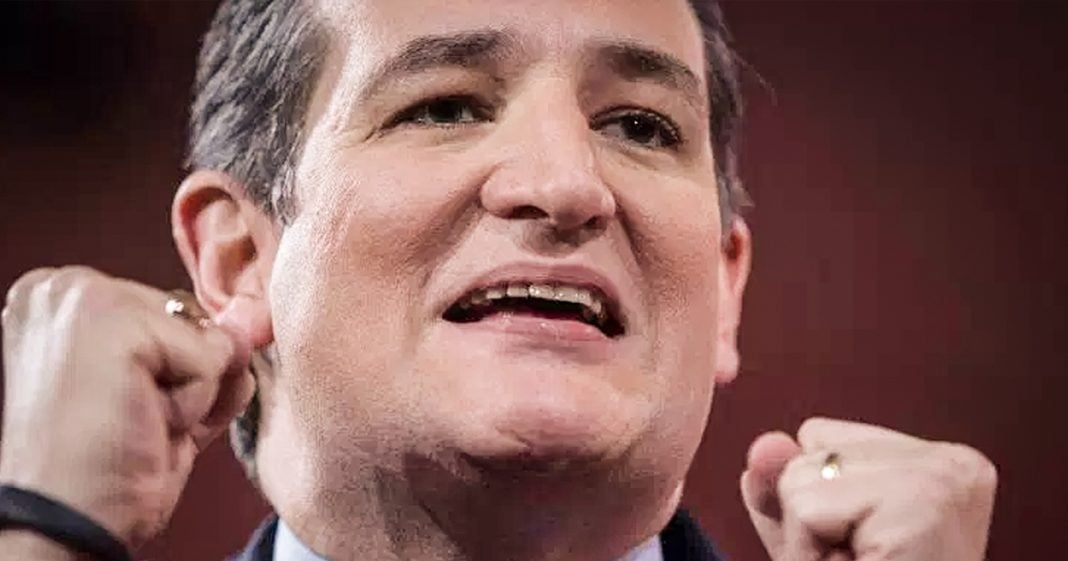 Ted Cruz is simply furious that Democrats might actually filibuster some of Trump’s more outrageous ideas and nominations, suggesting that Democrats in Washington have no respect for political institutions anymore.  Keep in mind, this is coming from a man who read a children’s book on the floor of the Senate during a filibuster. Ring of Fire’s Farron Cousins discusses this.

Even though they are the majority in the House and Senate, The White House and The Supreme Court, Republicans are afraid right now because they’re looking around, not just in the Senate seeing the pushback there, or the House. They’re looking around this country. They’re seeing the protests that took place at UC Berkeley. They saw the Women’s March. They know that scientists are heading to Washington to march there. They’re seeing marches for LGBTQ rights. They’re seeing marches against Donald Trump’s appointees. They’re seeing labor stand up in the Fight for Fifteen. They see this and they understand that their days are numbered because there isn’t a single march or protest going on in this country in favor of a Republican policy.

The Republicans are scared right now and when you have a majority party terrified, that is a great first step, and as long as these marches and these protests and the Democratic push-back in Washington D.C. continues, we will see a sea change in 2018. We will see Republicans lose power, but that only happens if people in the streets and people in D.C. continue to fight.