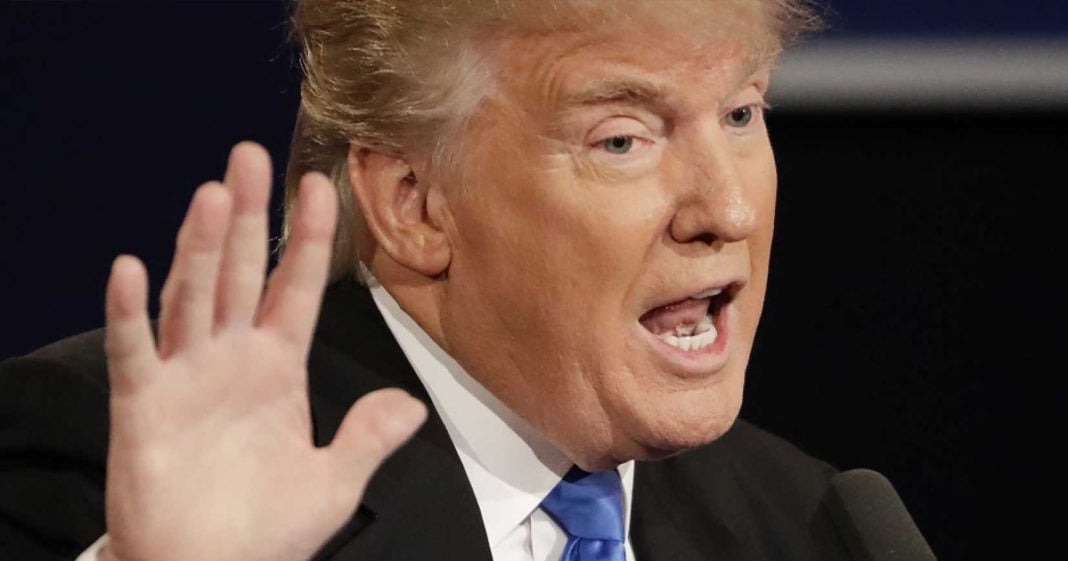 Since he took office on January 21, President Donald Trump has been a busy man. Forcing through unconstitutional executive orders, alienating our most loyal allies, and being sued out the wazoo.

Though Trump the businessman is no stranger to angry legal action pointed his way, Trump the President is quickly learning that he isn’t immune just because he won the race.

All told, Trump has been named in more than 50 federal lawsuits according to the New York Daily News and court records. By comparison, Obama was named in 11 lawsuits by this time.

It’s not unusual for individuals and organizations to push back against a President’s executive orders, but because of the degree and number of EO’s issued by Trump, he is facing unprecedented legal backlash.

Many of the lawsuits pertain exclusively to Trump’s most controversial executive order which temporarily bans entry to the United States to residents of 7 majority-Muslim nations. The order was implemented in such a hasty and disorganized way that many individuals have legitimate cases against the President on their hands.

In fact, the legal push-back has been so severe that the leading organization fighting Trump, the ACLU, has received record-shattering donations from Americans nationwide. In just one weekend, the ACLU received more than $24 million in donations when their usual yearly fundraising results in just $3-4 million.

Not only is Trump getting sued out of (White) house and home, but most Americans are in full support of the litigation.