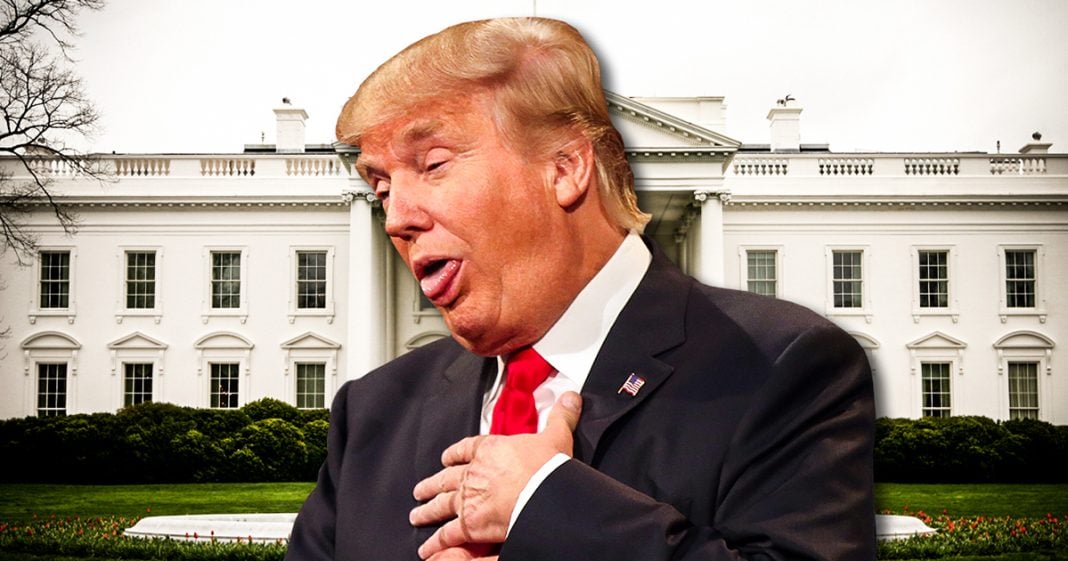 Because Donald Trump has such a thin skin, he has officially forbidden his staff from appearing on CNN because he doesn’t think they are nice to his administration. Ring of Fire’s Farron Cousins discusses this.

Here’s the thing, I am certainly not a fan of CNN, and I do not want to defend anything CNN has done. I find it disgusting that any time Donald Trumps says he’s going to make an announcement, or during the presidential debates, they treated it like tailgate parties. They put those little timers on the bottom of the screen and say, “Oh, 22 hours until Trump says something.” It’s awful. Corporate media is so horrible right now that they’re treating our entire political process like it’s a football game.

In CNN’s defense, when it comes to covering the issues of Donald Trump, Hillary Clinton, Bernie Sanders, Barack Obama, George W. Bush, they have had a fairly even hand. MSNBC, obviously, became the Hillary Clinton network during the primaries and during the campaign. They were the Barack Obama network from 2008 to 2016. Fox News, always in the pocket of the Republicans. CNN has done a fairly decent job of playing their hand evenly in covering politics in recent years, when they actually decide to cover politics. Now, I know they were the ones who beat the drum for the Iraq war, and that’s inexcusable. Beyond that, they typically don’t take one side over the other. They try to get answers when they’re not beating the drums for war.

For Donald Trump’s administration to come out and say that we’re not going to appear on CNN because they’re asking tough questions, well you better suck it up buttercup. That’s what happens when you go on and do interviews. That’s what happens when you have to defend your policies instead of going on a network where they just talk about how great your policies are. If they ask you what this policy means, you need to be prepared to answer that. If you enact a law, you need to be prepared to explain it to the public. That’s not, as Sarah Palin would say, “gotcha journalism.” That’s journalism. In fact, no, no, it’s not even journalism, it’s just an interview.

So, stop taking things so personally. Stop getting so angry that people have the audacity to ask you questions during a Q & A, and just suck it up. Maybe find somebody better than Kellyanne Conway to go on these networks, somebody that’s not going to embarrass the administration. If you turn the media into the opposition, then they do become the opposition. That’s something that the Trump Administration doesn’t quite understand. You block them out, they’re going to hit you harder. You have made, possibly, one of the worst media mistakes that you could ever make, and that is trying to black ball an entire, the longest running corporate news station, cable news station in the United States, to block them entirely from talking to your staff. That’s not going to end well for the Trump Administration.