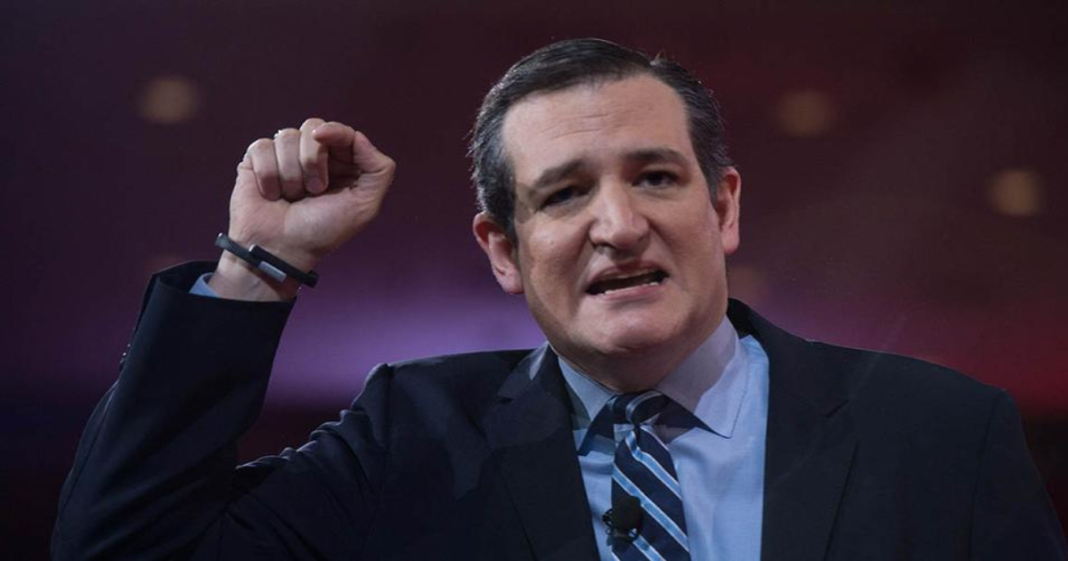 Now that Democrats have begun to push-back against some of Donald Trump’s nominees and indicated that they might refuse to confirm his SCOTUS pick, Republicans have apparently caught a bad case of amnesia and forgotten just how vehemently and ceaselessly they fought Obama at every turn.

One such victim of long-term-memory-loss is failed presidential candidate Ted Cruz who infamously once used a filibuster to read Dr. Seuss to assembled lawmakers. In his fight against the implementation of Obamacare, Cruz vowed to speak until he was no longer able to stand. During his filibuster, Cruz began reading Green Eggs and Ham as a bedtime story to his daughters.

Cruz wasn’t the first to read something silly during a filibuster and he won’t be the last. It happened and it’s fine. But what’s not fine is Cruz and others like him acting as if Democrats have suddenly invented the idea of political obstruction.

Nearly a year ago, Republicans outright refused to even consider Obama’s nomination of Merrick Garland as the Supreme Court justice to replace deceased Antonin Scalia. Garland was considered a moderate, good choice for SCOTUS, a fair compromise. And yet Garland was never to get the simple respect of a hearing. Now, Democrats may engage in the same obstruction considering that many view the seat Trump is trying to fill as a “stolen seat.”

Other Republican forgetfuls like Mitch McConnell and Orrin Hatch are downright outraged that Democrats aren’t playing along. They claim that they’ve never seen such obstinate.

Said Hatch: “This is the most pathetic thing I’ve seen in my whole time in the United States Senate. To not be here and participate — that’s a total abnegation of their duties as senators, and I think it’s pathetic.”

McConnel had this to say about the whole debacle: “It is time to get over the fact that [Democrats] lost the election.”

And to that we say, it’s time that McConnell, Cruz, Hatch, and the rest of them “get over” their memory loss and remember the role they played in political hooky.