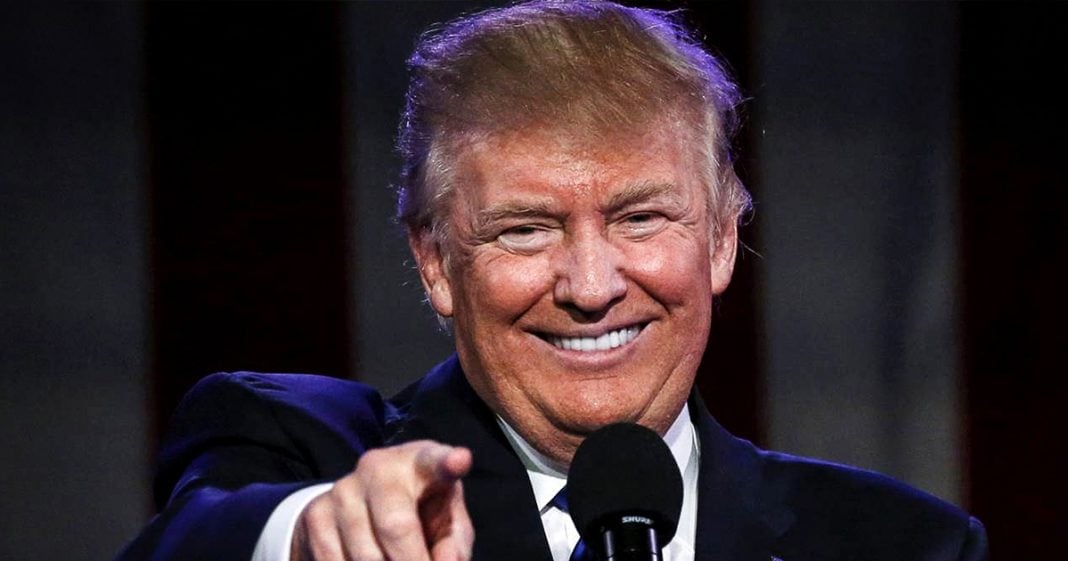 The majority of Americans disapprove of the job that Donald Trump is doing as President.  But there’s one group that couldn’t be happier – CEOs of major companies and Wall Street banks.  They are having the time of their lives watching Trump dismantle the federal bureaucracy that has been keeping them in check for decades. Ring of Fire’s Farron Cousins discusses this.

Right now, Donald Trump has passed a milestone as president achieving a net-negative favorability rating faster than any other president in the history of presidential polling. Now that’s something obviously he shouldn’t be proud of, but there is still one group of people in this country that overwhelmingly support Donald Trump and everything that he is doing as president. That group, of course, is corporate CEO’s, particularly the CEO’s from the fossil fuel industry. CEO’s at Chevron, obviously the folks at Exxon, they’ve got one of their own coming up through the ranks in the Trump administration right now, and coal companies are absolutely making money right now because of Donald Trump.

Here’s the thing, this money is only temporary. Yes, we’ve seen the DOW hit record highs since Donald Trump came into office, but the reason is not because businesses are happy that they think the world is going to be a better place, it’s because of a temporary bump brought on by the fact that Donald Trump is killing regulations for the environment, he’s killing regulations for Wall Street, killing regulations all over this country for businesses only. This isn’t about having small businesses create jobs. This isn’t about protecting American consumers. It’s about letting corporate CEO’s run amuck without anybody looking over their shoulder to make sure that they’re not doing anything illegal, to make sure that they’re cleaning up the messes they make before they kill people, and Donald Trump is doing away with it.

Naturally, people begin investing. They buy stocks in these companies. They’re buying stock in coal companies. They’re buying stock in Cheveron. Banks never had it any better than this. We know what happened the last time when banks had it so cozy, they started doing illegal things. They did it in the 80’s, they did it in the early 2000’s. They’re going to do it again because nobody ever goes to jail. Nobody ever gets punished for this. With Donald Trump coming in signing this executive order that for every one regulation created, you got to kill two more … Those regulations that are going to be killed are regulations that protect the environment. Regulations that tell bankers, “You can’t gamble with people’s life savings, with people’s pensions. You can’t screw them over and leave them with nothing just to enrich yourself.”

Because, that’s what happened last time we deregulated the banking industry. They played risky games with people’s pensions, with people’s money, and then they bet against those investments so that when the investments went bust, the banks still made all their money and consumers lost everything. That’s what Donald Trump is doing and that’s why corporate CEO’s are experiencing a massive payday in the form of people investing in their businesses. Like always, it’s going to come crashing down. Sending these companies into horrible dept, but even worse, letting people, consumers, mom and pop who have invested their money just so they can have a retirement … Those are the people who are going to lose everything because of Donald Trump.