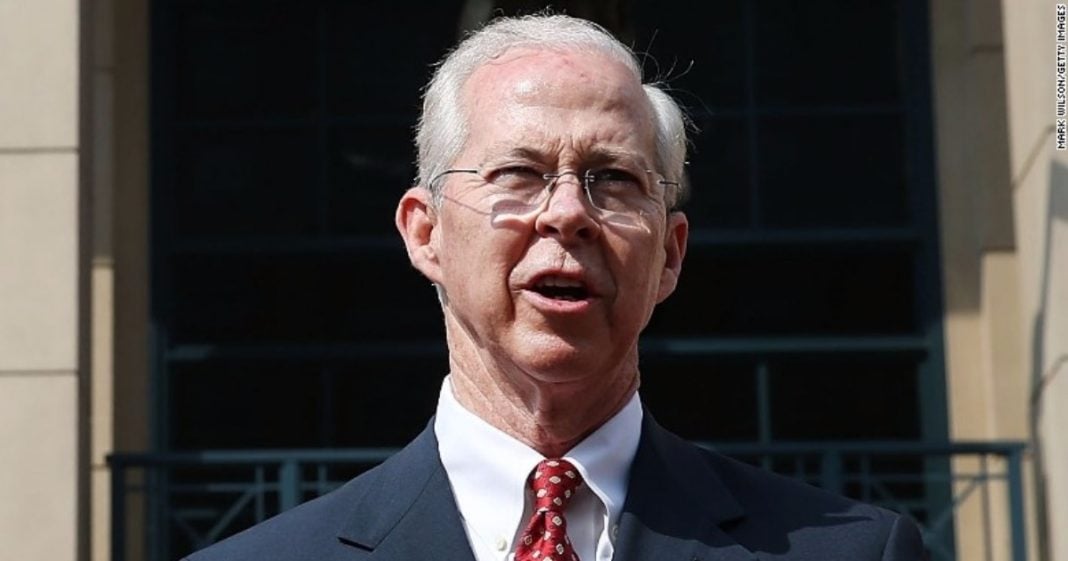 Now that Donald Trump has fired the acting Attorney General Sally Yates for defying his refugee ban order, Dana Boente has been hand-picked by the president to serve as acting A.G. while the Senate decides whether or not to confirm Jeff Sessions as Attorney General.

Yates was fired by the President after she refused to call on the Department of Justice to enforce or defend Trump’s refugee ban. Yates said that she felt the ban was unenforceable and even unlawful. In response, the White House called Yates “weak,” and blamed her defiance on her allegiance to President Obama.

Now, Trump’s hand-picked selection of Boente will head the department for the interim, and no doubt he was chosen to do so because he will not question the administration’s agenda.

We can infer this because, in part, the person who was poised to replace Yates in the line of succession was skipped over, indicating that Trump chose Boente for a reason.

Boente is a career politician, having served in the Justice Department since 1984 under both Republican and Democratic administrations. Boente was appointed to his previous role as Attorney General for the Eastern District of Virginia by President Obama in October of 2015.

Boente has been praised by both Democrats and Republicans for his service. Most recently, Obama Adminstration Attorney General Loretta Lynch referred to Boente affectionately as a “reliable middle child.”

“He is that reliable middle child, the one you could always count on to be there for you.”

Boente has already stated that he will offer no opposition to Trump’s Muslim ban or any other Executive Orders he has made thus far. Just what Trump needs, yet another Yes Man to nod vigorously and carry out his fascist orders.

Until Sessions is confirmed in the Senate – which he likely will be because the Republican majority does not need the consent of Democrats to do so – Boente will jump at Trump’s order. Then, he will disappear.