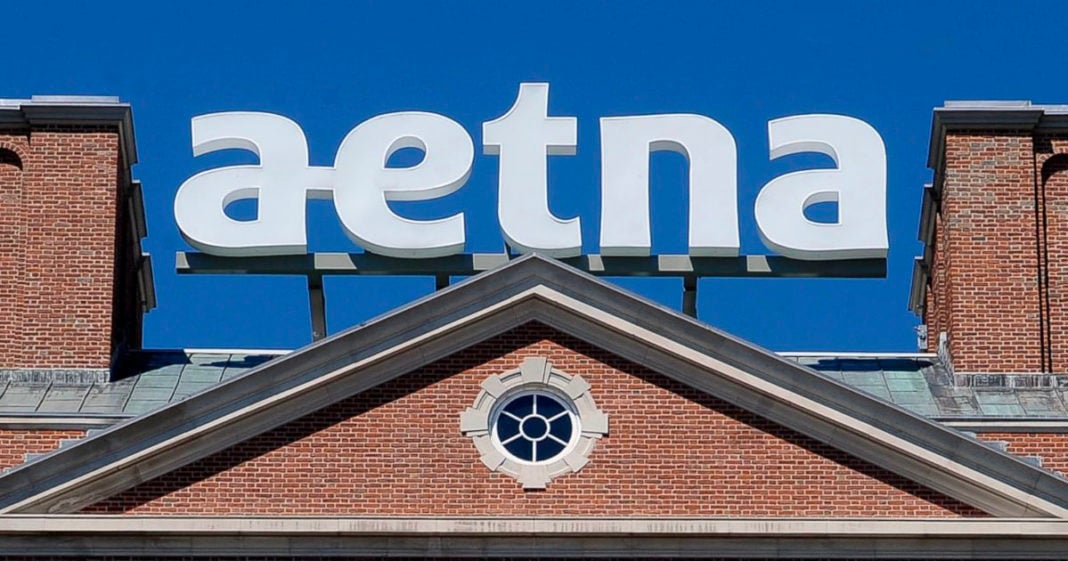 Last August, health insurance giant Aetna pulled out of the exchanges in 11 of the 15 states in which it operates, dealing a serious blow to the Affordable Care Act.

According to the nation’s third largest health insurer, the company had sustained losses of over $430 million over a two-and-a-half year period. That was a lie. In fact, Aetna has been, and continues to be, quite profitable.

It turns out that “corporate person” Aetna was throwing a little tantrum because the Big, Bad Department of Justice wouldn’t allow the giant insurer to become even BIGGER when it blocked its proposed $37 billion merger with Humana.

According to U.S. District Judge John Bates, “Aetna tried to leverage its participation in the exchanges for favorable treatment from [the] DoJ regarding the proposed merger.”

Aetna indicated last summer that it would pull out of the exchanges if the DoJ refused to play ball; CEO Mark Bertolini even declared in a deposition last May that if the DoJ’s decision didn’t go their way, the company would “just pull out of all the exchanges.” Despite this declaration, Aetna executives went to extraordinary lengths to hide the true reasons for the decision, even from some of their state-level executives.

It gets better: Judge Bates also found that Aetna was actually making profits in a number of states and counties where it decided to stop doing business. Not coincidentally, these counties were markets where the DoJ ruled that the merger would seriously reduce market competition. By leaving those markets, Aetna was able to claim that it wasn’t competing in those areas. In his finding, Judge Bates wrote:

“The evidence provides persuasive support for the conclusion that Aetna withdrew from the on-exchange markets in the 17 complaint counties to improve its litigation position.”

It is also interesting to note that prior to the DoJ’s decision, Aetna had actually planned to expand its offerings into 20 additional states. Prior to that, Aetna executives reported that operations in two of the states in which they operated (Florida and Georgia) were indeed profitable – and yet, the company decided to pull out of those states’ exchanges.

Aetna isn’t the only one behaving this way. Earlier, the DoJ blocked a similar deal between Anthem and Cigna. Anthem announced last summer that it was projecting losses on the plans it sells on the exchanges – but significantly, said that if its merger with Cigna was approved, it would expand its participation into nine more states.

Not surprisingly, Aetna’s lies and deceptions added fuel to GOP attempts to repeal the Affordable Care Act. Even now, exposure of Aetna’s skulduggery is unlikely to come up in debates among lawmakers in Washington over the fate of the ACA.

Despite its whining, the fact is that Aetna has been and continues to be quite profitable, seeing its net income increase every year. The company netted nearly $2.4 billion in 2015,  up almost 8% from 2013, but that is not enough for them. In the true spirit of rampant capitalism, it wants more – much more. Because its plan to do this has been thwarted (for the time being), this tremendously profitable company is willing to put millions of people at risk for losing coverage – in essence, holding them hostage to its whims.