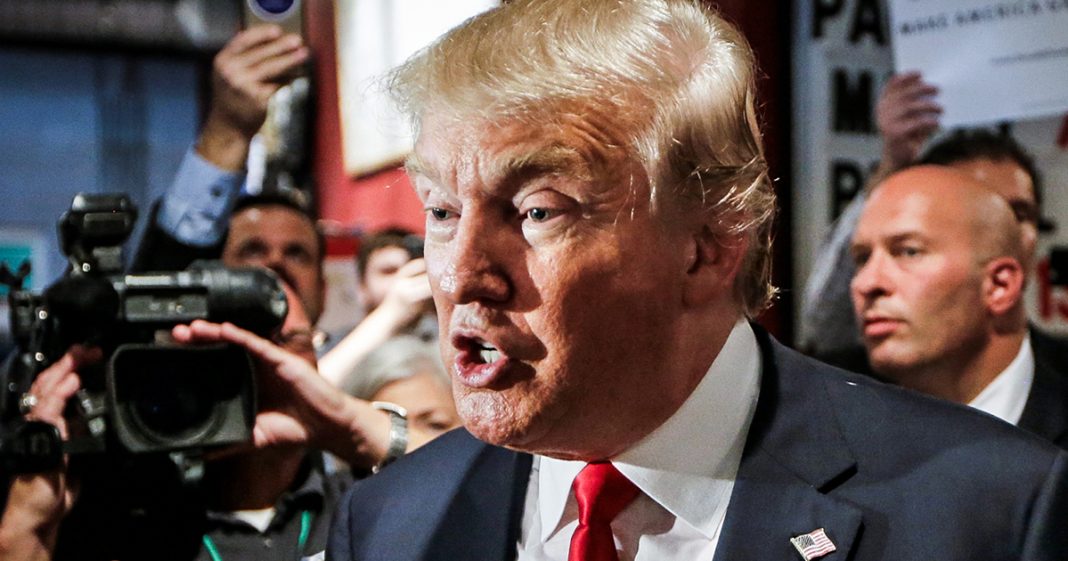 There are 7 countries on Trump’s travel ban, but according to statistics, not a single American has been killed on American soil by any terrorist from these countries.  So why these 7?  Why not go after the countries where real terrorists came from?  Why not go after the KKK, or ban assault rifles?  Nothing about the Trump administration makes any sense. Ring of Fire’s Farron Cousins discusses this.

There are currently seven countries in Donald Trump’s Muslim travel ban, where people from that country are not allowed in the United States. The reasoning that Donald Trump has given us, is because this is part of his extreme vetting that he promised us during his campaign. For 90 days or 120 days, depending on how you’re trying to come into this country, whether as an immigrant or as a refugee, you’re going to be stuck. You cannot come in because of this extreme vetting, because as Trump tells us, there’s a lot of “bad dudes” out there. He used that language on Twitter earlier this week to justify his travel ban.

You know what? He’s actually right. There’s a lot of bad dudes out there in the world. Unfortunately, none of them are from the countries that Donald Trump is banning from coming into the United States, at least according to statistics. If the real goal of this ban is to keep American citizens safe right here in the United States, and prevent anyone from coming into this country and doing something horrible to us, then he picked the wrong seven countries.

According to statistics from allgov.com, there has not been a single person from any of these seven countries, Iran, Iraq, Libya, Somalia, Sudan, Syria, and Yemen, who has carried out any kind of attack that has killed an American citizen on American soil. Not one. Donald Trump can say that this is really about keeping the bad guys out of the United States all he wants. The numbers simply don’t add up. Zero is how many people have been killed on United States soil by anyone from Iran, Iraq, Libya, Somalia, Sudan, Syria, and Yemen.

However, this is worth reading to you here. These are the countries that are still allowed freely to come in and out of the United States that have killed Americans on American soil. Saudi Arabia, United Arab Emirates, Egypt, Lebanon. Those four were where the 9/11 hijackers were from. Combined, they’ve killed 2,619 Americans. Afghanistan has killed 49 people on American soil. Palestine 18 people. Pakistan 14. Kuwait five. Russia three. Kyrgyzstan three.

If Donald Trump was serious about keeping American citizens safe, he would have extreme vetting of people from these countries. He would maybe take a closer look. You don’t have to ban them, but you could at least do something about the countries that are actually coming over here and killing us, specifically Saudi Arabia. That country was conspicuously left off his list of travel bans, in spite of their disgusting historical record on human rights, in spite of the disgusting way in which they treat women and homosexuals, in spite of the fact that the majority of the 9/11 hijackers were from Saudi Arabia. We’re just going to let them go. You get a free pass. We like your oil.

Furthermore, if we’re really trying to keep Americans safe, how about we do something about guns in the United States? How about we ban those guns that mass shooters love so much, those AR-15s? You can kill 100 people in just a matter of two or three seconds. Why don’t we do that? Because, Americans kill more Americans every year than anyone else on this planet. Toddlers kill more people accidentally in the United States every year than terrorists from other countries, including Saudi Arabia. Toddlers kills more people in the United States than Saudi Arabia does. There are many reasons why Americans get killed, but for the most part, foreigners coming over here with the expressed intent of killing us isn’t one of them.