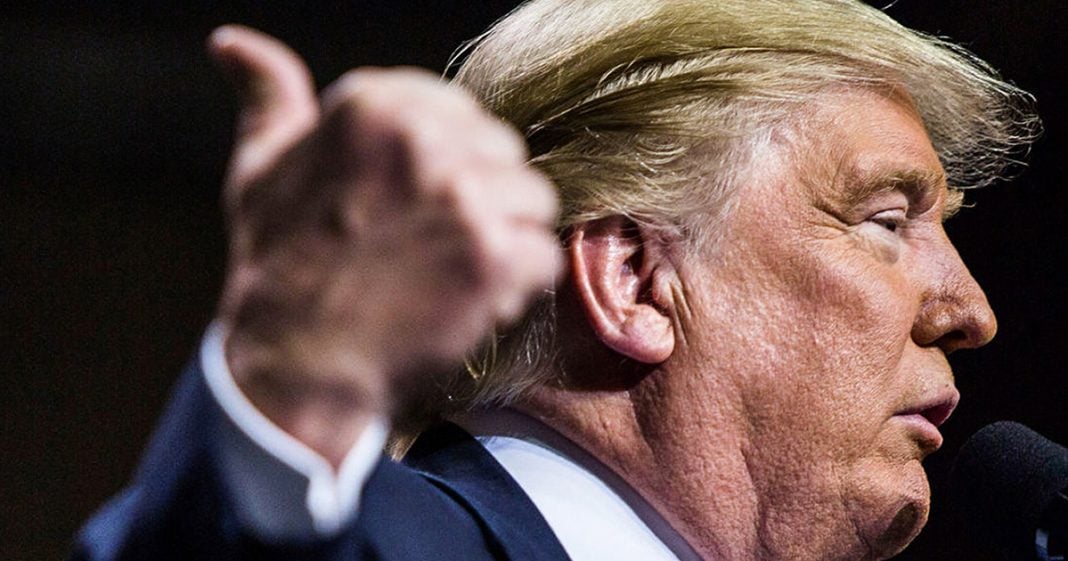 By banning US entry of Muslims from certain countries, Donald Trump has played right into the hands of ISIS. The Washington Post is reporting that ISIS leaders are ecstatic about Trump’s order because it allows them to show that America hates Muslims, and that always helps their recruiting numbers. Ring of Fire’s Farron Cousins discusses this.

While most Americans do not agree and do not support Donald Trump’s Muslim ban, banning people from certain countries from entering the United States based solely on their religion there is one group in this world that is 100% in support of Donald Trump’s Muslim ban. Do you know what that group is? That group is the Islamic State, ISIS. According to a new report by the Washington Post ISIS is celebrating Donald Trump’s Muslim ban. Here’s why: they understand that every time the United States comes out and does something against the Muslims their number increase. Any time they can look at the United States and say, “look what Western society is doing to our religion. Look how they persecute us. Look how they prosecute us. Look how they ban us from entering their country”, it creates anti-American resentment throughout the Middle East and the numbers of ISIS increase.

This is the exact same thing that happened with Al Qaeda under President George W. Bush. When the images were released of US soldiers torturing detainees in Abu Ghraib and in Iraq, Al Qaeda’s numbers increased. People looked at those and thought, “How dare they do this to my brothers and sisters? This isn’t a war against terrorism. This is a war against Islam”, and they joined Al Qaeda. That is exactly what is happening right now with ISIS.

They can look at this Muslim ban and they tell people, because it’s pretty obvious, “this isn’t about fighting terrorism, this is about this group hating you because of your religion.” If that all sounds familiar, it’s because it is. That is what right wing Evangelical Christians have been saying in the United States for decades. They’re claiming that they’ve been oppressed, and that’s why they go out and do things like bomb abortion clinics, overtake a federal office building in Oregon. Those are right wing Evangelical Christians doing this because they believe they’re being persecuted. They’ve been claiming that for decades, the war on Christmas. Well guess what, the United States has actually gone to war against Islam and it’s putting us all in danger.

Anything that ISIS celebrates should be something that the United States looks at and says, “We made a mistake. We do not want to make them happy. We do not want to give people another reason to go join this extremist organization. We do not want to give people a reason to take up arms against the United States.” Donald Trump has been tweeting out a lot recently saying, “We have to make America safe again”, but he has done the exact opposite by launching this war against Muslims, against Islam. He is putting us all in grave danger. The worst part is he’s too stupid to even realize it.