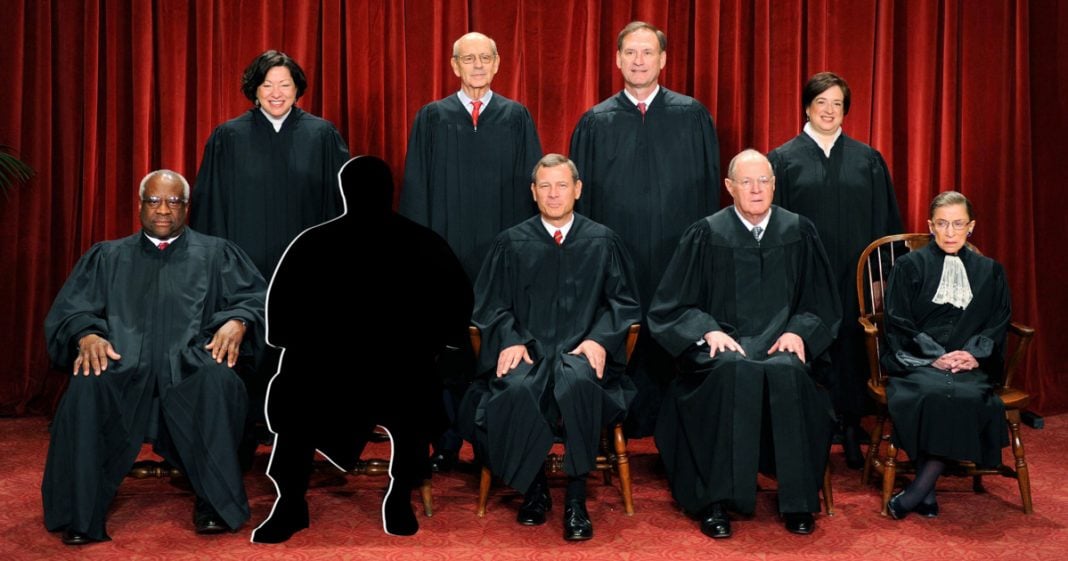 Donald Trump announced via Twitter on Monday that he was moving up his announcement for his Supreme Court pick from Thursday to Tuesday of this week at 8 p.m.

Trump gave no indication for the change of schedule, though many have speculated that he is trying to put the controversy surrounding his refugee ban to rest with a new bit of news for the media to obsess over.

This theory is confirmed by the fact that Trump seems to be angling for a reality-tv prime-time event as his announcement platform, rather than a boring old press release or daytime press conference. Trump is planning to announce his SCOTUS pick Tuesday night on live television, likely aired on all news networks.

No one is sure who the nominee will be, though Press Secretary Sean Spicer let slip during the press briefing on Monday that the individual is a “he.”

No matter who the nominee is, Republicans and Trump can expect strong opposition from Democrats who are saying the seat Trump is filling is a “stolen seat.” When Obama attempted to appoint moderate Merrick Garland at the beginning of 2016 to replace Antonin Scalia, push-back from Republicans was strong.

Despite the fact that he had 11 months left in his term, Republicans said that they would not even consider Garland’s nomination because Obama was a Lame Duck president.

Oregon Senator Jeff Merkley has this to say about Trump’s SCOTUS selection:

“This is a stolen seat. This is the first time a Senate majority has stolen a seat. We will use every lever in our power to stop this.”

Senate Minority Leader Chuck Schumer has also indicated that Democrats have no intention of confirming any justice picks, saying that eight justices might just be enough.