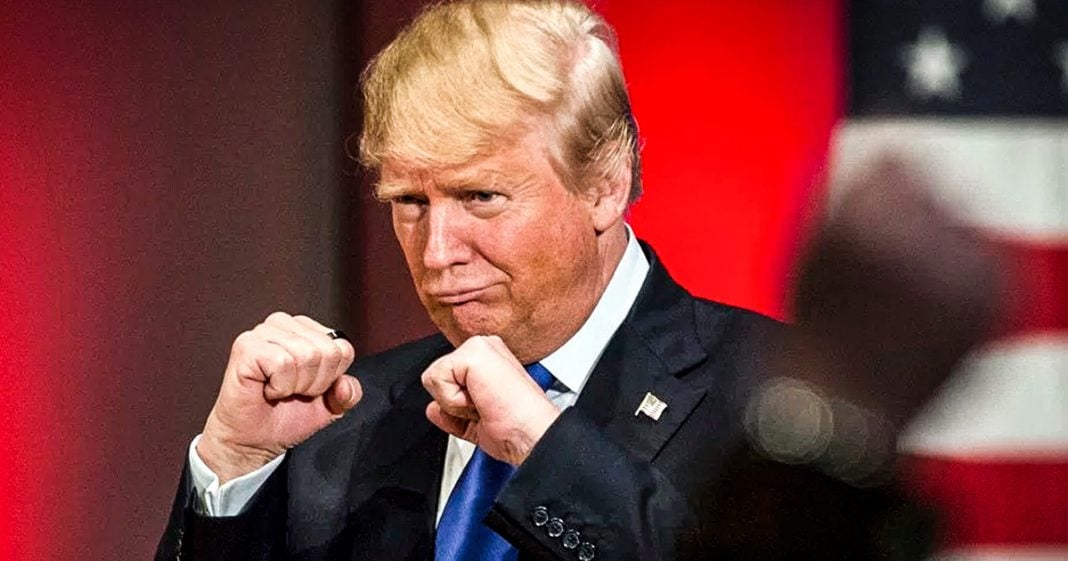 Speaker of the House Paul Ryan and Senate Majority Leader Mitch McConnell have been completely silent about Donald Trump’s unprecedented abuse of power, and their silence is helping to enable the Trump disaster. Ring of Fire’s Farron Cousins discusses this.

It took Donald Trump eight days to get to a net negative favorability where more than 50% of the country disapproves of the job he’s doing, eight days. The reason that is so important is because of all the presidents prior to him, starting with President Reagan, it took them no fewer than 450 days at least to hit a approval rating below 50%. The reason I bring that up is this, where the hell is the Republican leadership right now? Yes, we have John McCain out there in the media telling us that Trump is screwing up left and right. How does Donald Trump respond to that? He goes on Twitter and he attacks John McCain.

Where is Paul Ryan? Where is Senate Majority Leader Mitch McConnell? Where are those two men, number two and number three most powerful Republicans in the country? Why are they not standing up to Donald Trump? The reason is simple obviously. They’re afraid of him. They don’t have the courage to do it. They don’t want to go against their own party. Well, keep in mind, Donald Trump for most of his life called himself a Democrat, only became a Republican so that he could run for president. But these Republicans, Paul Ryan, Mitch McConnell, are so spineless and so brain dead that they won’t even stand up to this man because they think that in spite of all the bad things he’s doing they might get one or two little gifts out of it, like a full repeal of Obamacare that’s going to kill 48,000 people a year. That’s what they want. That’s why they’re not standing up to him.

But more importantly, they’re afraid. Republicans put two men in charge of their party in the House and the Senate that are terrified of going against Donald Trump. They’re terrified of standing up to anyone. They’re terrified of being confronted. Paul Ryan for the last four days has done nothing but tweet out bull shit nonsense about repealing Obamacare and we’re going to get to work and we’re going to work with the president, just catchy little things. We’re going to create a patient-centered program, which literally means nothing. Those are just words he’s strung together and Republicans eat them up, but that’s all they’re focused on. They’re not out there talking about, you know what, maybe the president shouldn’t have done this. Maybe he shouldn’t have done that. Wow, look at the tens of thousands, hundreds of thousands, millions of people that have gathered in the last eight days to protest him. Maybe, just maybe, we should grow some balls and say something about that.