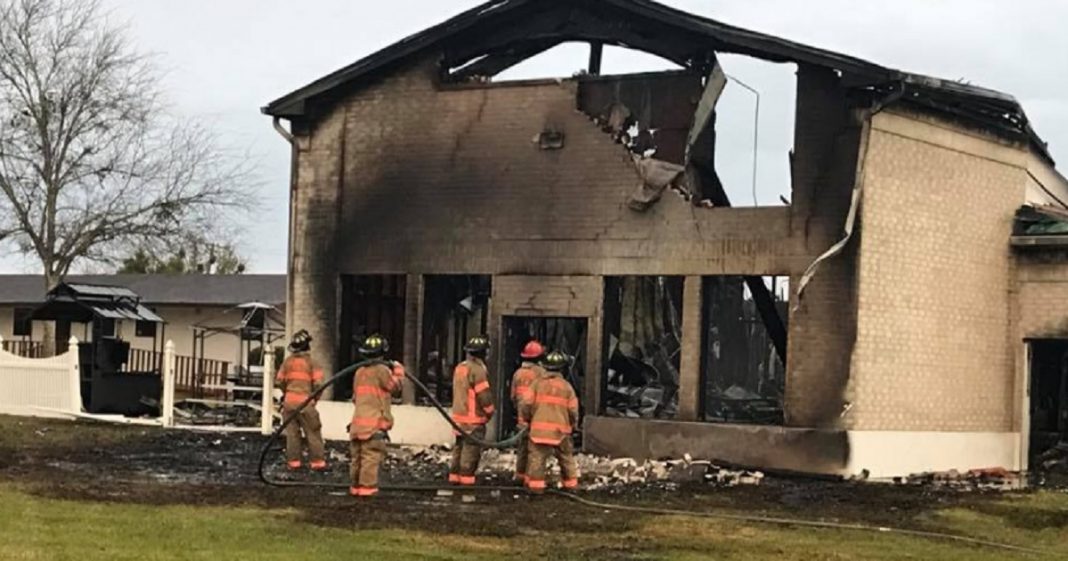 Police have not yet identified a suspect for the arson, but it appears clear that Trump’s decisive action on Friday afternoon inspired and emboldened the act.

The Islamic Center of Victoria was set on fire around 2 a.m. on Saturday, and people associated with the Center are in despair today, wondering why this act could have been carried out.

None of the Center’s 100 members were harmed during the fire.

Shahid Hashmi, the president of the center, said that he will not speculate about the reasons for the fire, but noted that the center was burglarized just last week.

The center plans to hold a day of prayer today and will begin rebuilding as soon as possible.

Read more about this story from ThinkProgress.