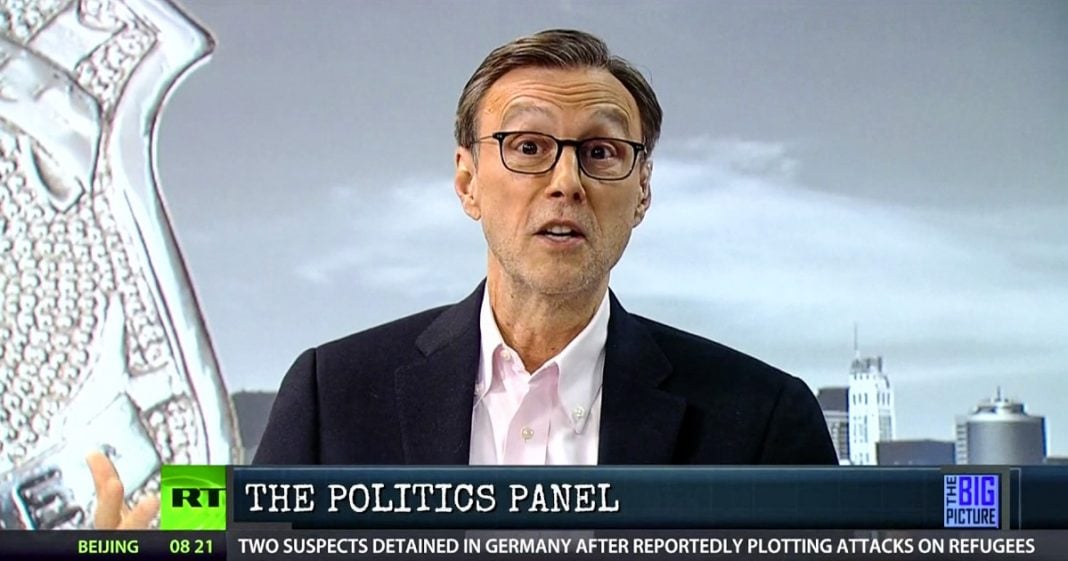 David Ferguson, Ferguson & Associates & Sarah Badawi, Progressive Change Campaign Committee(PCCC). They know they can’t convince everyone that mass voter fraud exists — because it doesn’t — so what they’re trying to do is put the lie that it DOES exist out there to create the false impression that there’s some sort of debate to be had here – when there isn’t. Their plan is to get people so confused and exhausted trying to figure out what’s real or not that they just give up and defer to the people in charge – in this case the Republican Party – so they can get on with the business of suppressing even more votes from young people, old people, poor people, and people of color. And you know what? It’ll probably work because Americans don’t trust the one institution powerful and influential enough to fact-check Trump on a really massive scale: the mainstream media. So with the media discredited and the Republicans playing straight from the fascist playbook, how much danger are we in of going down the road towards totalitarianism?