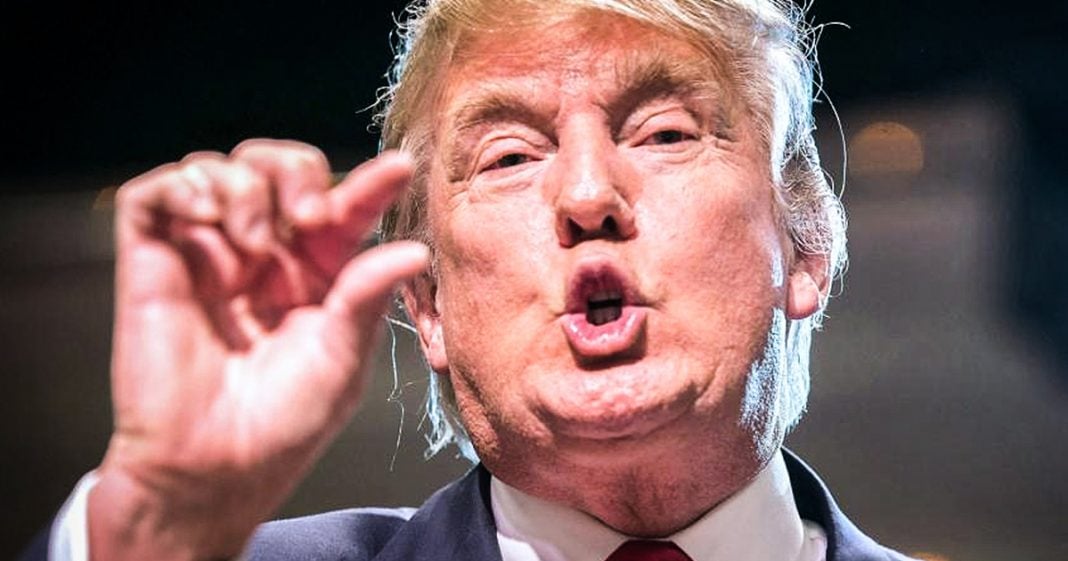 Whether it’s the size of his inaugural crowd or the size of his hands, Donald Trump just can’t stop talking about how “big” things are, and anyone who knows a thing or two about human psychology can tell you what that usually means. Ring of Fire’s Farron Cousins discusses this.

Reports have now come out showing that Donald Trump actually contacted the Park Service following the inauguration to make sure that they had pictures to back up his claim of millions of people showing up to attend his inauguration. Essentially, Donald Trump was obsessed with the size of the crowd, even though anybody who looks at those pictures can see no, Donald you did not have as many people as Barack Obama had at either of his inaugurations. But that’s beside the point. The real question here is what is with Donald Trump’s preoccupation with size. It started back in the campaign with his hands. His Republican opponents commented about how small his hands were, so he spent the next few months telling us that he had very large hands and very large everything else just to reassure us in case we had any question about it. He’s talked about the size of his businesses, the size of his crowds, not just at the inauguration, but at speeches and rallies.

I am not a psychiatrist, but I think everybody in this country knows enough about psychology to understand what a man’s preoccupation with size usually means. I’m not going to come out and say it because I think we all know exactly what I’m getting at. That’s right, Donald Trump has a tiny, tiny, tiny male ego and that’s what this is all about. That’s what being elected president was about for Donald Trump. It wasn’t about wanting to change the country. It wasn’t about wanting to make things better. It wasn’t even necessarily about the power. It was just proving that he could, that he was good enough, that he was better than everybody else because he has to feed that fragile, little ego.

It’s not enough being allegedly a billionaire. He’s got to have more and more and the best and the biggest. But Donald Trump, people know that it’s not the biggest. We’ve seen the pictures of the crowds. We have seen your tiny little sausage hands. If we’re to believe the leaked reports that have come out about the golden shower incident, your hands and your crowds not the only tiny things that you need to be worrying about.