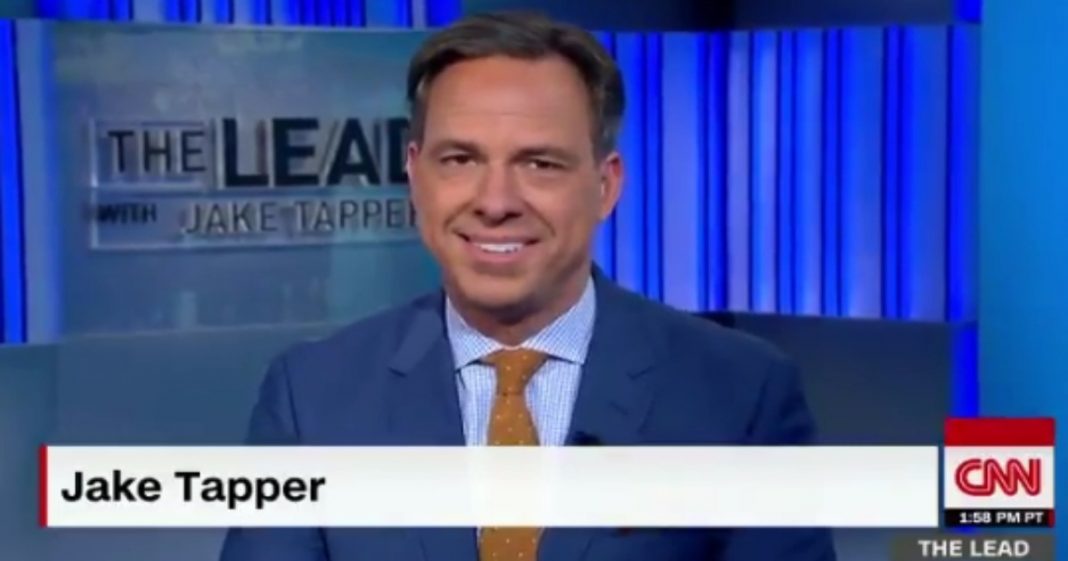 Many criticize corporate media channel CNN – and for good reason – but in the days after Trump’s inauguration, one of CNN’s own Jake Tapper has been a shining beacon for integrity and bravery.

After calling the president out on his bald-faced lies concerning the popular vote and voter fraud, Tapper showed up again on Thursday night, raring and ready to go. This time, at White House Chief Strategist Steve Bannon.

Bannon, who is the former leader of far-right “fake news” site Breitbart, declared in an interview aired on Thursday that “the media” should “keep its mouth shut.”

Anyone with a brain can see how dangerous that sort of language is, which is why Tapper wasn’t going to take that assertion lying down.

In the middle of Thursday’s “The Lead,” Tapper brought of Bannon’s inappropriate comment.

“A reminder that the president’s top aide just told the New York Times that the press should keep its mouth shut.”

He then laughed darkly and gave the perfect retort:

This is the kind of bravery and refusal to back down that our media needs – and it is the sort of defiance that will save this nation if more of us do the same.

.@jaketapper: Reminder that the president’s top aide just told NYT that the press should keep its mouth shut. No. https://t.co/v88feqWbib pic.twitter.com/EYw5Pc2faM