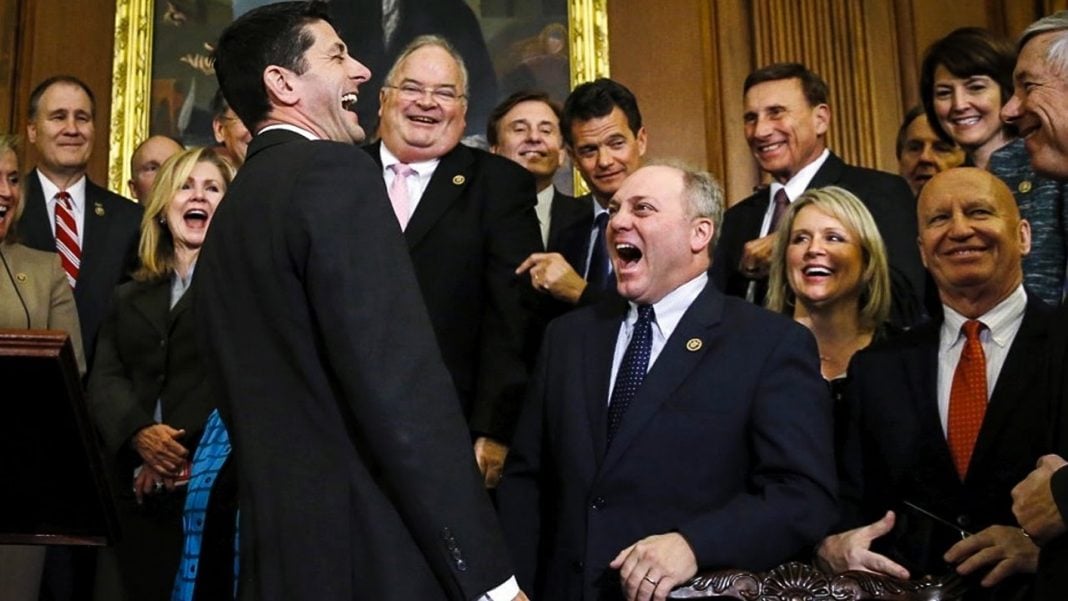 Paul Ryan may be quivering in anticipation over finally repealing the Affordable Care Act, but a secret recording has revealed how apprehensive most of the GOP are about actually accomplishing what they have campaigned on for the past eight years.

In a recording secretly captured and sent to the Washington Post, Republican lawmakers discuss with great apprehension the aftermath of repealing Obamacare. Like a dog who finally caught his tail, lawmakers know that they are dealing with a ticking timebomb and are absolutely terrified of what’s to come.

One of the most telling quotes in the leaked secret audio comes from Congressman Tom McClinton, a Republican from California.

“We’d better be sure that we’re prepared to live with the market we’ve created [with repeal]. That’s going to be called Trumpcare. Republicans will own that lock, stock and barrel, and we’ll be judged in the election less than two years away.”

Another expressed his concern at Ryan’s eagerness to include language defunding Planned Parenthood in the healthcare bill.

“We are just walking into a gigantic political trap if we go down this path of sticking Planned Parenthood in the health insurance bill. If you want to do it somewhere else, I have no problem, but I think we are creating a political minefield for ourselves — House and Senate.”

What is more telling about this is not the audio itself, though telling; it’s the fact that repeatedly and frequently, information about this newly-formed administration is being leaked from the inside. Though we don’t know who is revealing these secret details about the President or leaking this private audio, there are actors on the inside of the administration who want the public to see the cracks.

Who they are and what their motivation are is unclear, but what is clear that all is not well in Trump’s White House.

As for the Republicans quivering at the idea of taking away Obamacare – it serves them right. You cannot spend multiple elections campaigning on removing key legislation without at least thinking for a day or two about what you might replace it with.