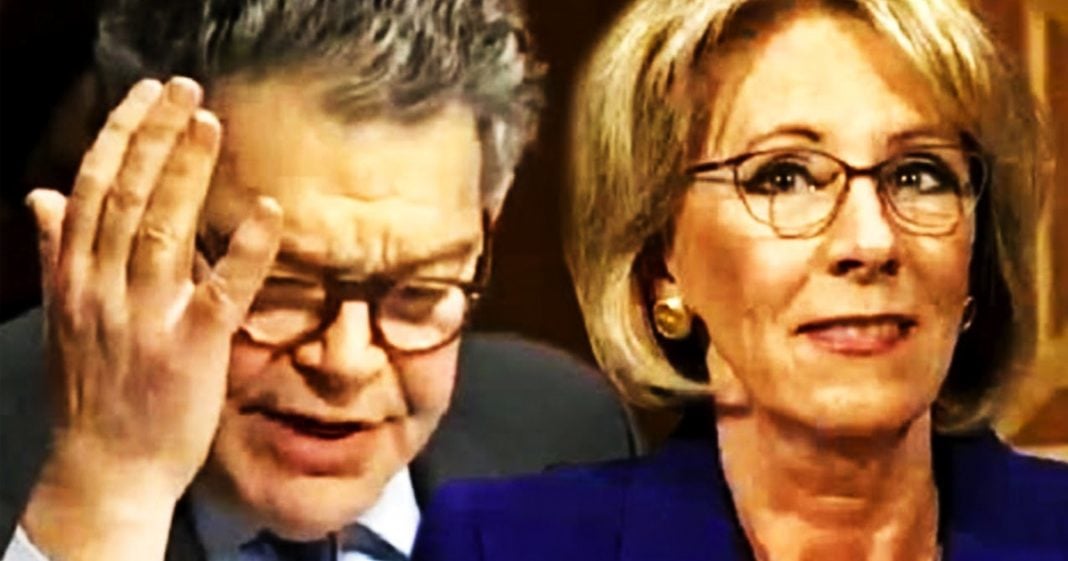 While they’ve rolled over for most of Trump’s other nominees, Democrats have decided to unite against one particularly unqualified character: the Department of Education Secretary hopeful Betsy DeVos.

According to Senator Al Franken of Minnesota, all of the Democrats on the Health, Education, Labor, and Pensions Committee plan to oppose DeVos’ confirmation. Franken announced the united front on the MSNBC “Rachel Maddow Show” on Thursday.

The multi-millionaire displayed in her senate confirmation hearing that she is uniquely unqualified to head the department which is responsible for educating the nation’s children. DeVos repeatedly refused to answer basic questions, clearly didn’t understand basic tenets of education theory, and repeatedly stated that she was not committed to upholding civil rights law.

Unlike Ben Carson, who was also completely unqualified for the position, DeVos is being opposed, in part, because she clearly refused to adhere to the most basic requirements to lead the department.

DeVos is also opposed by the Teachers’ Union, in part because her preference for a voucher program would no doubt take away funding from public schools that already suffer increasingly tighter budgets.

For DeVos to become the Education Secretary would be a miracle – and not the kind we want. Though Democrats have a long way to go to earn back the trust they’ve lost, at least they can stay true to the nation’s children.