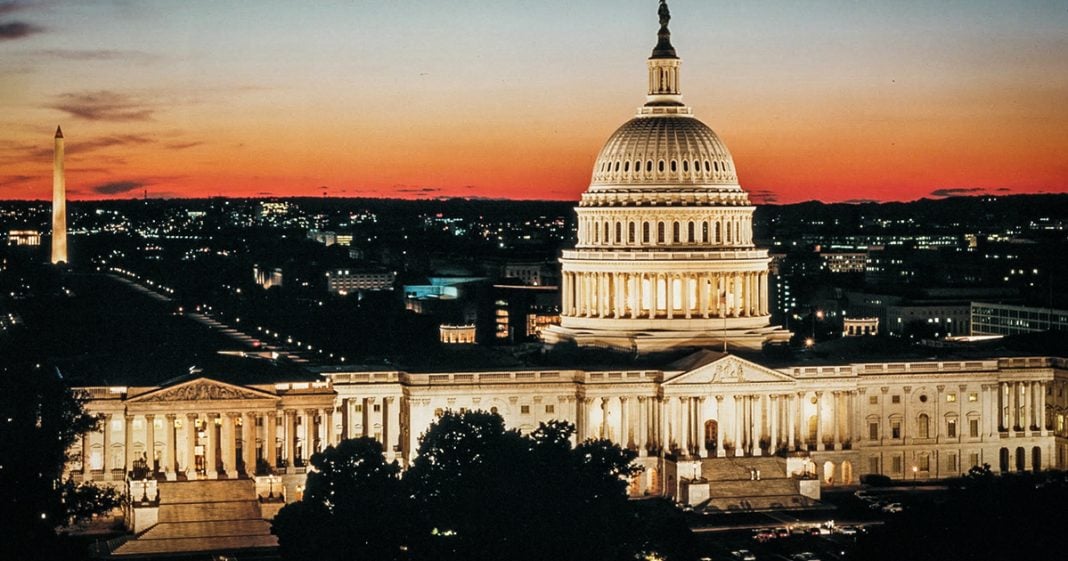 Following in the footsteps of millions of women, scientists in the United States are planning a march on Washington to stand up against the Trump administration’s anti-science outlook on governing. Ring of Fire’s Farron Cousins discusses this.

After the success of this past weekend’s women’s march, not just in Washington D.C., but all over the country, scientists in the United States who have been united in fighting against Donald Trump since well before the election have decided that they’re going to take a page out of that playbook and they are now planning a march on Washington D.C. to stand up against the Donald Trump administration’s anti-science, essentially, outlook on life.

The Trump administration right now is launching a war against science. They’re gutting everything at the EPA or the Department of Energy that has to do with climate change. The term almost completely disappeared from the White House website. The EPA’s pages on climate change have disappeared online since Trump took office a week ago. Scientists are fed up with it, but furthermore, again, this is not just a climate change issue. They’re talking about basic human health issues that are disappearing from White House-hosted web pages and based on talking points coming from the Trump administration itself.

Scientists see that they are under attack during the Trump administration, and that’s because a lot of what Donald Trump does and says actually comes from right wing think tanks who have always been anti-science. They paint them as these elitists. They went to good schools and got a good education, so they don’t care what average Americans go through. That’s been a Republican talking point since the 2000 election, really, when Al Gore ran and they painted him as some kind of intellectual elitist, as if that’s a bad thing.

See, Republicans, for 17 years, have been telling us that being smart, being intelligent, is bad. It makes for a bad leader. It makes for bad scientists. What we want is a president, a government, that we can go out and have a beer with. That is one of the talking points they used to sell George W. Bush to the country. Ironic, considering that the man was a recovering alcoholic, but he was an every man. He was every guy, every buddy you knew. Your neighbor down the street, that’s George W. Bush, not some elitist from Ivy League University who doesn’t know how to talk to the common man and who says words that you don’t even understand because you didn’t go to college. That’s what this attack on scientists is a continuation of.

Donald Trump, his speeches, according to analysts, are given at fourth grade level. Donal Trump uses the same language, the same words, as fourth graders in the United States, because that’s what his base understands. That’s basically the extent of their knowledge. Of course they’re going to think that a scientist, somebody with a PhD, maybe even two or three PhDs, is an elitist, because they have the audacity to go and get an education so that they could learn enough to make the world a better place. How dare they, right? There’s not a whole lot of money in science, believe it or not, folks. Unless you’re some kind of inventor who makes the next thing, like a Tesla, it’s not going to happen. These people didn’t get these degrees in science to become millionaires and billionaires. They did it because they want to help people, and so when these scientists tell us that the planet is warming up, they don’t have anything to gain from telling us that. It’s not like they have money invested in the sand bag industry. They’re telling us that because they don’t want us to die. They don’t want to die. They don’t want this country to die, and that’s why they’re going to march on Washington. They saw how successful the women’s marches were, and they’re hoping that they can do the same thing to raise awareness, not just about climate change or health issues, but about the fact that we have a political party in the United States that controls every branch of government that will flat out look at scientific data and tell you that it’s wrong.