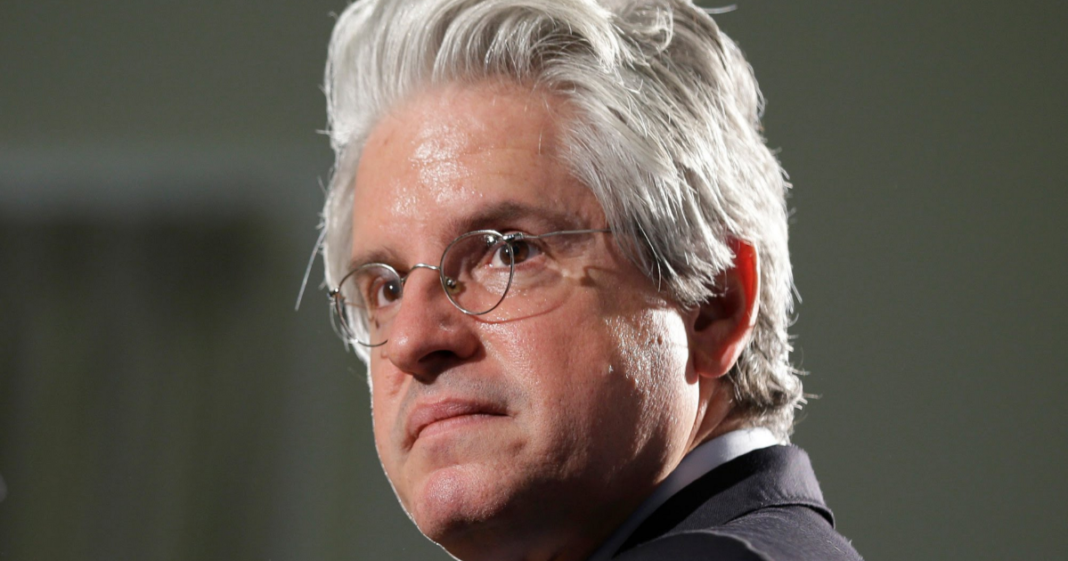 David Brock may be eager to be the leader of the Democratic party, but thanks to his big-money roots and penchant for dirtying admirable Democrats with Wall Street cash, progressives should all tell him to get the hell out.

Just by being associated with progressive candidates, Brock drags each and every one of us down because of his clear association with big money in politics. If we hope to model the Democratic party after Sanders’ 2016 campaign, step one is cutting out lobbyist cash and big-time donors – and that means kicking Brock to the curb.

Now, these progressive candidates are marred by their choice to cozy up to Brock rather than attend the largest protest in modern U.S. history. Sure, it is their fault for choosing to buy into the machine at all, but if Brock were ousted, the temptation would all but disappear.

If you need any more convincing about why each and every Democrat should turn their back on Brock’s big-donor Democracy, let’s look at what former Sanders campaign manager Jeff Weaver had to say about Brock’s brand of liberalism.

From the Daily Beast:

“His ability to produce wins for Democrats is nonexistent. He does not have the kind of understanding of what kind of coalition you have to bring together to win national races—that’s his fundamental problem.”

But it’s not just Berniecrats who dislike Brock. Even Clinton staffers say that his help is ineffective and unwanted.

“I don’t think David Brock has been helpful to the party to date, and I don’t think he will be a big part of its future.”

There have been many benchmarks that Democrats have already failed to meet in the pursuit of a unified party in the wake of the Trump presidency, but here is one more: David Brock needs to leave the party – fade into obscurity like Hillary Clinton and Debbie Wasserman Schultz, and let the progressive wing of the party flourish.