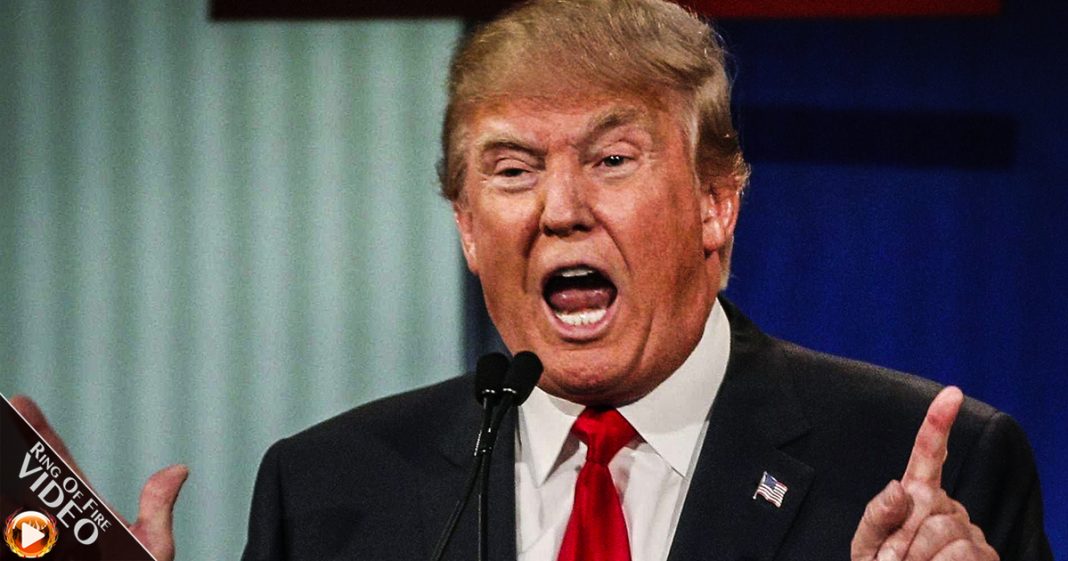 The Trump Administration has issued a gag order for any federally-employed scientists to immediately halt all contact via social media or with members of the press. There’s no other way to put it – this is fascism. Ring of Fire’s Farron Cousins discusses this.

How Trump Could Kill Overtime Pay For Millions Of Americans

It’s amazing the kind of damage that one human being can do to an entire country in just five short days. But, Donald Trump has not ceased to amaze us at how horrible he is already proving to be. He’s done the one good thing, which was he stopped TPP. One good thing. But, yesterday he decides to go a little bit further in his destruction of the EPA, and the government itself, and he has now issued, essentially, a gag order for every government agency from speaking to members of Congress, members of the press, and members of the public via social media. Now, this gag order extends to the EPA, to the USDA, the FDA, the Health and Human Services, the National Institute on Health. These people right now, according to Donald Trump’s orders, are not allowed to address the public. They’re not allowed to address Congress. They’re not allowed to say a word to anyone about anything, about any of the research that they have about any of the dangers that they uncover. Anything that could affect the health and well-being of United States citizens has to remain hidden from the public under Donald Trump’s orders.

Ladies and gentlemen, this is fascism. Donald Trump has effectively silenced the Federal Government. The only one allowed to go talk to anyone is him or anyone that he specifically designates. They get to control the flow of information. They get to control what we know. This is fascism. Take a look at the fascist regimes throughout history, the last hundred years. This is what they did. Donald Trump is taking a blueprint out of some of the most dangerous and deadly regimes that we have seen across the planet in the last hundred years, and he is doing the same thing here in the United States. Again, he has only been in office for five frickin’ days. Just imagine what’s going to happen after 10 days, or 20, or a year. We have already lost so much access to knowledge and public information in just five days. It doesn’t make any one of us better off, either.

This is hiding information to keep the public stupid. This is hiding information to protect corporations, because what happens when the FDA finds out that a drug is dangerous? It hurts a pharmaceutical company. The FDA has to issue statements, black box warning, things like that. They can’t do that right now. The EPA, when they uncover a massive water contamination or pollution of any kind, they can’t tell us now. National Institute of Health, they uncover some new epidemic or pandemic or what have you, hey, guess what? They couldn’t go forward and tell us right now. Fascism, ladies and gentlemen. That’s what Donald Trump has accomplished in just five days in office.