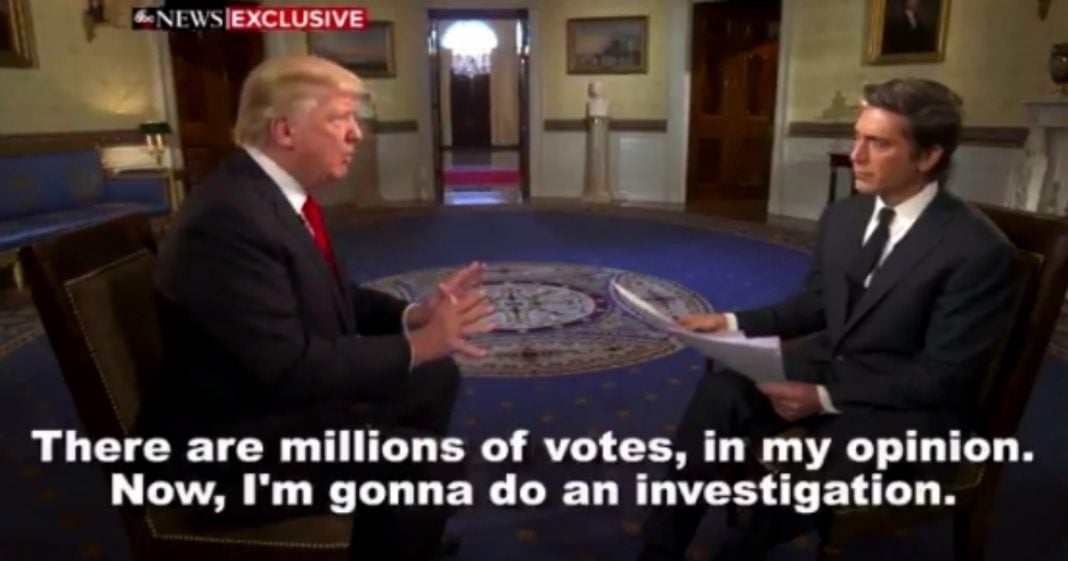 We have been hearing a lot from Donald Trump’s press secretary and through his written language in executive orders, but what you may not have heard is the President explain in his own words exactly what he believes (or claims to believe) to be true in regards to the idea that illegal votes swung the popular vote in Hillary Clinton’s favor.

Once you do hear those words – and once you see how baseless and delusional he is, you will then fully understand the situation we are facing.

Make no mistake; Donald Trump is not sewing seeds of distrust in our voting system for no reason. He is instead deliberately creating this suspicion, greater than it has ever been, so that future elections which might oust Republicans and even himself will be called into question. Once he has succeeded in this, more voting restrictions will be passed and elections may even be canceled.

President Trump to launch investigation into alleged voter fraud: “I want the voting process to be legitimate.” https://t.co/zjjJ6vMqXU pic.twitter.com/Spb3a9ScQf