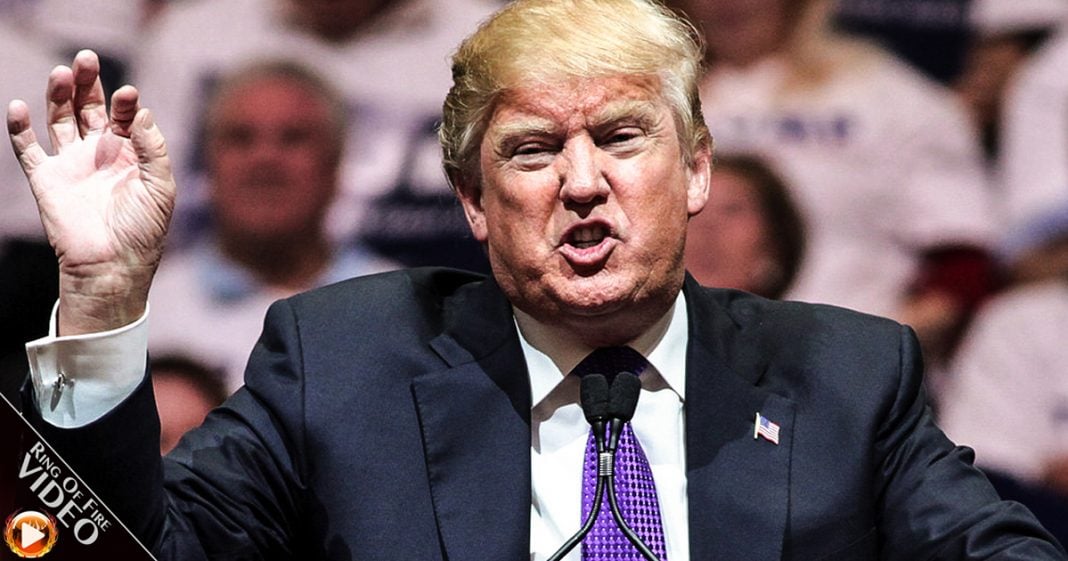 Donald Trump won’t let go of his claim that “millions of illegals” cost him the popular vote.  And now, he’s decided to waste taxpayer money and time investigating something that has no basis in reality. Ring of Fire’s Farron Cousins discusses this.

We Knew This Was Coming: Trump to Sign Executive Order on Muslim Immigration Ban

Donald Trump will not give up on the talking point that millions of illegal aliens voted in the 2016 election and they all somehow got together in a, I guess a big meeting, and decided that they were going to vote for Hillary Clinton and that’s why Donald Trump didn’t win that popular vote and by god that’s the most important thing in the world right now. At least it is to Donald Trump. He is so hellbent on sticking with this talking point that he’s now decided we’re going to open investigations into the quote massive voter fraud that took place in the 2016 election. Again, absolutely no facts, no statistics, no prior investigations to suggest that there was any illegal aliens voting in the 2016 election.

Here’s what we do know from election experts like Ari Berman. There were four incidences of voter fraud in 2016. Four. Out of how many tens of millions of vote casts. Four. Four. We’re going to spend probably millions of taxpayer dollars, waste everybody’s time, investigating something that Donald Trump made up to sooth his ego. Four cases of voter fraud and almost half of them, you know, at least two, maybe even three, were because somebody had forgotten that they voted, or they filled out a card incorrectly. Not intentionally incorrectly, just incorrectly. That gets marked down as voter fraud.

But here’s the other thing, this isn’t just to sooth Trump’s ego, it’s because the Republican Party wants to enact more voter restriction laws all over the country. Because right now they’re not in every state, but they could be, and they will be if Donald Trump and the Republicans get their way. They do not want to make it easier for United States citizens to vote. They want to make it to where certain citizens aren’t even allowed to vote. You can’t even go up to the voting poll to find out that you’re not on the role. You’re already told months ago that you’re not allowed to vote anymore. That’s what they’re trying to do. This isn’t about rejecting people at a precinct. It’s about rejecting them before they even get there. Strip away their right to vote, from mostly Democrats and the Republicans will never lose. Because gerrymandering is not enough.

I mean that’s why the Republicans keep a strangle hold on the House of Representatives because they’ve gerrymandered this country into oblivion. That’s still not enough, because demographics do change in those gerrymandered districts sometimes. Start to go the other way. So we’ll just keep those people away from the polls by making up these insane claims of millions of people voting illegally in the United States election. Here’s another point, if we had millions of people voting illegally, shouldn’t we just redo the election? I mean to me that sounds like the best solution ever. If we honestly believe that the President of the United States honestly believes that the 2016 election was compromised, then let’s just do it over.