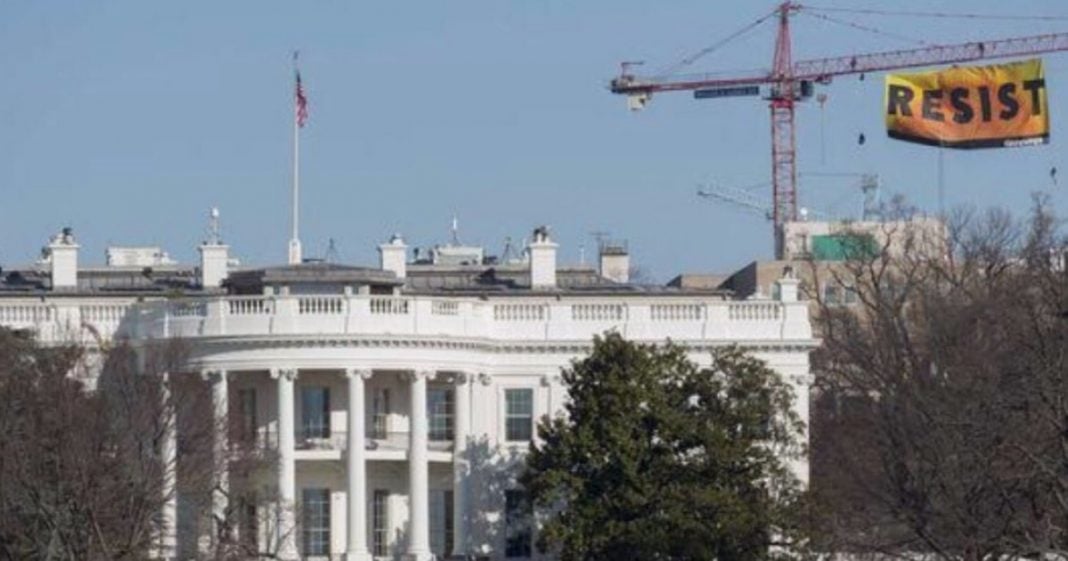 For those who are aching today, Greenpeace has offered a small salve: a massive yellow banner reading “resist” can now be seen 270 feet in the air just blocks from the White House – a visual symbol of protest.

A group of Greenpeace protesters scaled a 270-foot construction crane on Wednesday to hang the massive banner urging all who oppose the executive overreach and dangerous orders passed by President Trump to stand up and make their voices heard.

The D.C. police department was understandably upset by the action as they had to close  several streets in order to respond to the incident.

Fittingly, the crane Greenpeace commandeered was being used to construct the brand new headquarters for Fannie Mae, one of the main culprits of the 2008 housing crisis and a symbol of government corruption and wall street governance.

The government and pro-Trump folks will complain about this protest, just like they do about any other protests, but if we are to resist Trump in any way, it is going to take more of these bold actions, more people willing to be arrested and worse, in order to push back and make our voices heard.