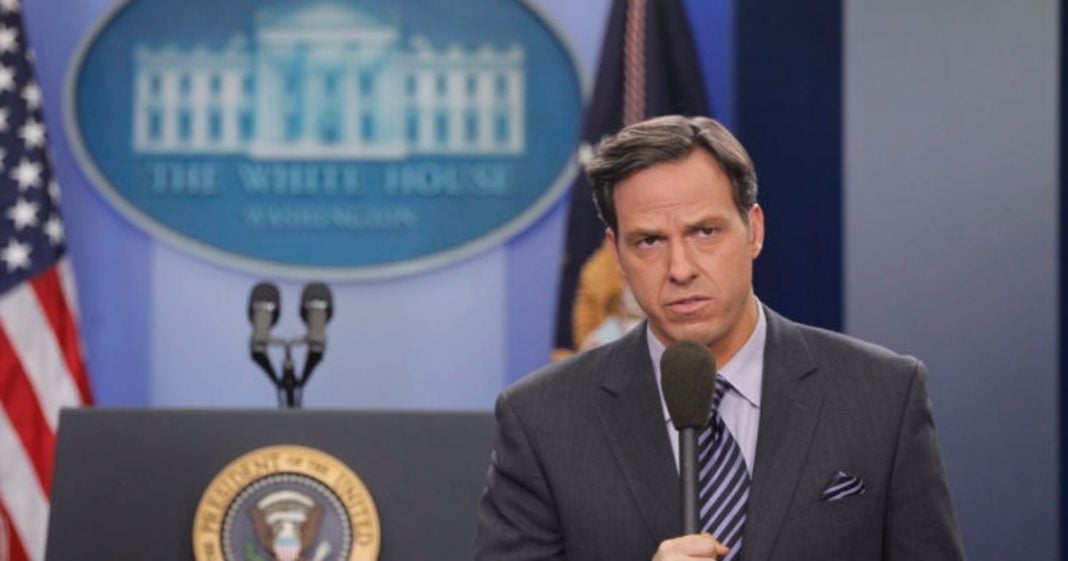 Our president, rather than running the nation or contributing a single good thing to society, is spending his time passing authoritarian executive orders and complaining about the Women’s march and election ballots.

Since the President hasn’t dropped the narrative that he lost the popular vote due to three to five million “illegal” votes, and the White House has only confirmed his stance, major journalists and media personalities like Jake Tapper can no longer ignore the narrative.

So if you’re looking for guidance, wondering if there is any truth to Trump’s claim, the only thing you need to do is watch Tapper as he fully and expertly dissects the issue.

After watching, there will be no question in your mind that we are in the hands of a childish, dangerous man.