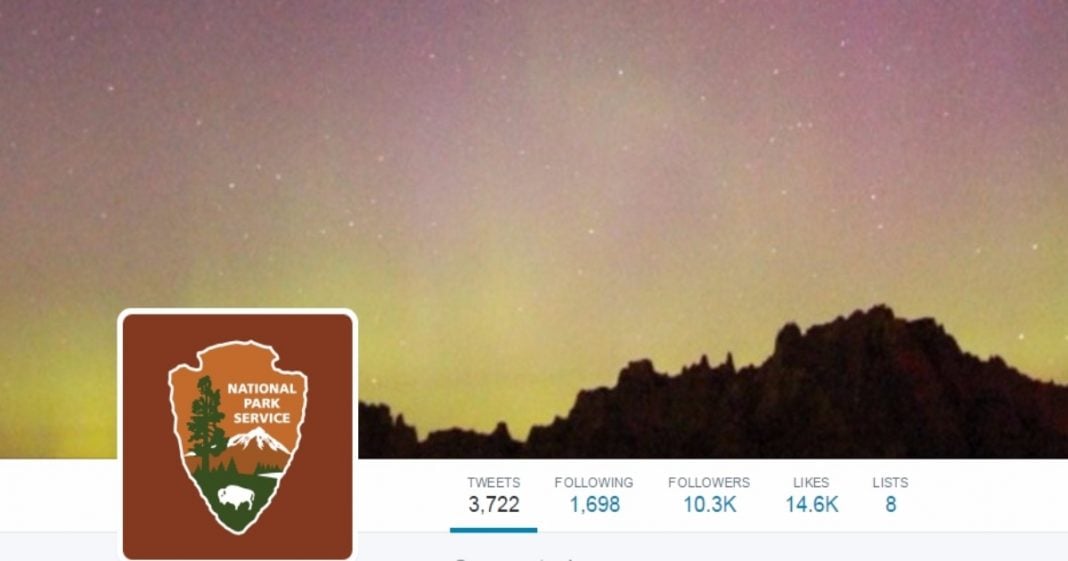 The strange censorship of government employees began just a day after Trump’s inauguration when the National Parks’ Twitter page deleted a group of retweets which featured the images many saw circulating on inauguration day, comparing the turnout of Trump’s Inauguration to that of Obama’s in 2009.

Since the tweets were deleted, the National Parks has not posted on social media on their social media account, but its smaller branches are not so loyal to the president’s ban.

Despite this ban, Badlands National Park has continued to use its social account, defying the order from the POTUS. The action by the individual park’s account has drawn attention, with many vocalizing their support.

Today, the amount of carbon dioxide in the atmosphere is higher than at any time in the last 650,000 years. #climate

Flipside of the atmosphere; ocean acidity has increased 30% since the Industrial Revolution. “Ocean Acidification” #climate #carboncycle

The tweets appear to be directly cited from the National Wildlife Federation’s website in a section called, “Fast Facts about Climate Change.” Considering that the Trump administration is eager to erase all signs of climate research and intelligent discussion, this action by whomever is behind the Badlands Twitter account is not just bold – it’s necessary.

Many are applauding the account’s tenacity, encouraging whomever is behind the defiance to continue ignoring Trump’s gag rule. Some are even speculating that the individual behind the posts will be fired – and have offered to pass the individuals’ resume around at that point.

Normally, a federal employee ignoring the direction of the POTUS and his superiors in his department would be deplorable, but with Deplorable Don at the helm, this is instead an act of true resistance.