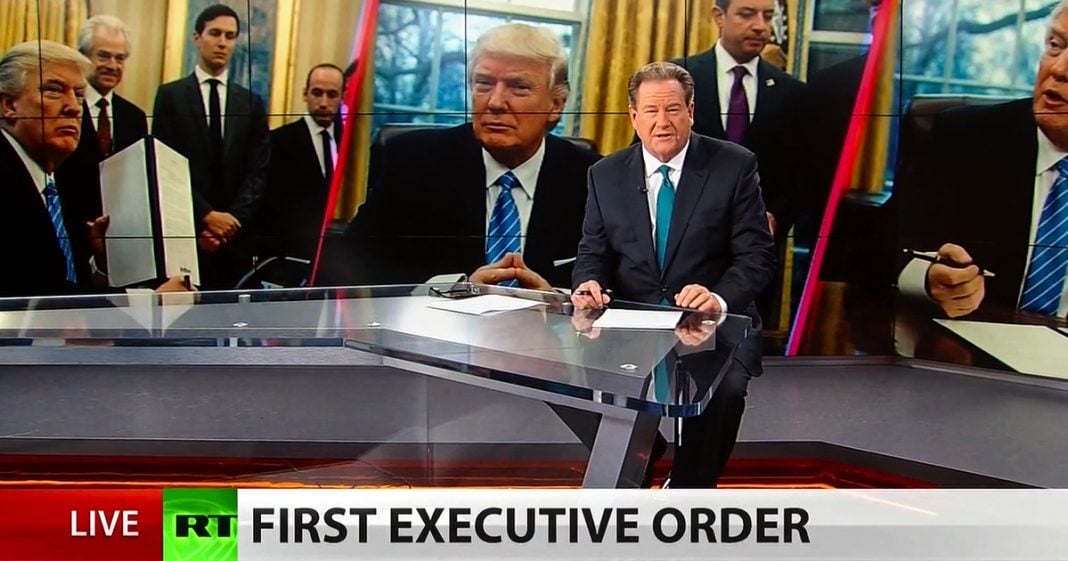 On his first day in office, President Trump official killed the Trans-Pacific Partnership via Executive Order. He met with business leaders and talked about his plans for a border tax, cutting regulations, and how he intends to prevent companies from outsourcing jobs. Leo Gerard, United Steelworkers international president, joins RT America’s Ed Schultz to discuss the likelihood and importance of Trump also repealing NAFTA and other trade deals that hurt American workers.

Friends And Allies Warn Trump That He’s Screwing Everything Up