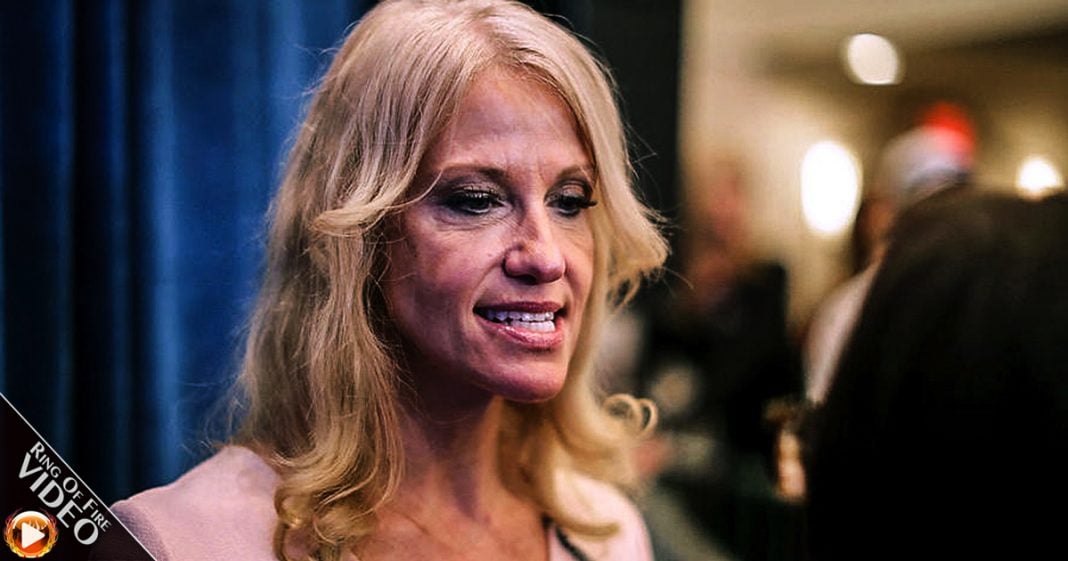 During an interview with NBC’s Chuck Todd this weekend, Trump spokesperson Kellyanne Conway said that White House Press Secretary Sean Spicer offered up “alternative facts” about the size of Trump’s inauguration crowds. This is going to be the new normal during the Trump administration, and it highlights a dangerous parallel between America today and George Orwell’s classic Nineteen Eighty Four. Ring of Fire’s Farron Cousins discusses this.

Nevertheless, Kellyanne Conway, Trump’s spokeswoman, went on Chuck Todd’s show and said, ‘Listen, what he gave, what Sean Spicer gave us were alternative facts.’ That specific phrase, “alternative facts,” proves that the United States has now entered the era of George Orwell. That is almost verbatim what doublespeak is. When you don’t like the facts, you simply change them to fit your narrative and convince everyone that what happened in the past is not true. That’s what George Orwell laid out for us in 1984 and that’s what Kellyanne Conway, Sean Spicer, and Donald Trump are doing to America today.

There is no such thing as alternative facts. A fact is a fact. It is something that’s verifiable. Something that we can check. Something that we can make sure actually is the truth. That’s what a fact is. An alternative fact is just another word for lying, but this is what the Trump administration has been doing even before they took the White House, by claiming outlets like Washington Post and CNN are fake news. They take anything that they don’t like, slap a new label on it to discredit it, and move on with their lives.

Now, rational thinking people do not buy into this, but Trump voters are anything but rational. They do, they look at an outlet like CNN and say that it is fake news. “Don’t believe anything that comes from that network.” They now look at this inauguration size kerfuffle and say, “Well, yeah, but I mean, my alternative facts say that I’m right and you’re wrong.” This is poisoning the well of public discourse right now. We can’t have intelligent conversations with Trump voters and Trump supporters or even the Trump administration themselves, because they do not adhere to reality. They’re creating their own reality in their heads and trying to sell it to the American public and those dumb enough to honestly believe it are buying it.

That’s the problem with this alternative facts thing, because that’s how it starts. Mr. Spicer’s very first press conference as Press Secretary, first one, and he comes out of the gate lying. The Trump administration tries to cover it up by saying that it’s alternative facts. We’re in for a rough four years, if this is the path that they’re setting out just a few days into this administration.