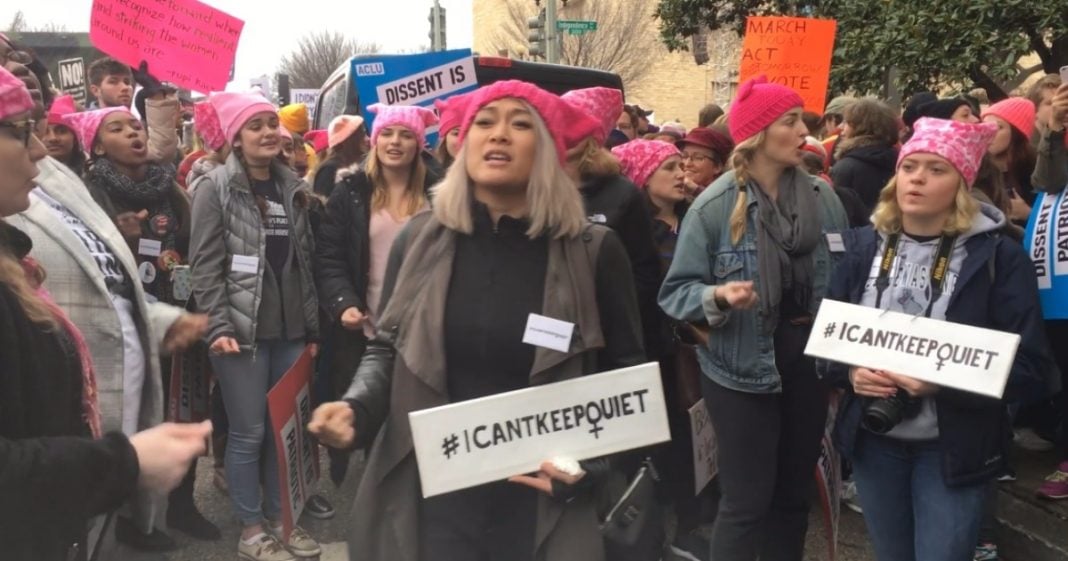 At the Los Angeles branch of the Women’s march on Saturday, a group of young women assembled and sang a beautiful a cappella song about the need for having a voice in these difficult political times.

The song is so beautiful, so timely, and so moving, that it could be considered to be the anthem of the multi-million women march that happened in cities all over the nation – and the world.

According to Buzzfeed, the writer of the song is Los Angeles-area singer MILCK, who wrote the song to address sexual abuse, depression, and self-harm. She reappropriated the song in response to the Trump presidency and contacted area singers to recruit them for the performance during the march.

Shockingly, the group of singers practiced with each other on Skype and didn’t meet in person until the day of the march. Listening to the women’s perfect harmony, you could never tell.

So if you felt heartened by the coming together of millions of women and friends of women, save this video and listen to it when things get hard. We’re going to need it.