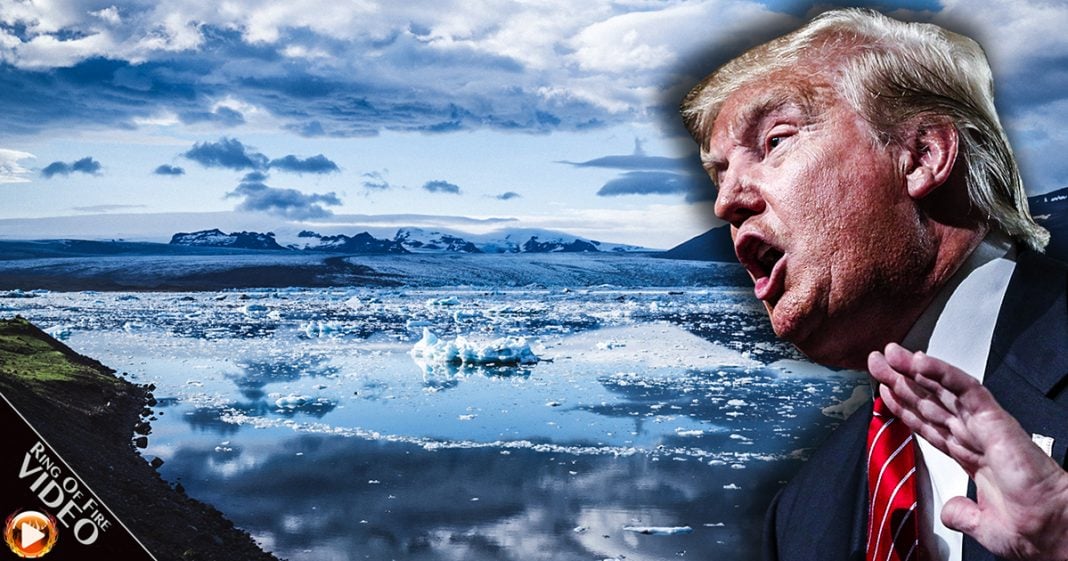 While Donald Trump was being sworn in, hackers managed to get their hands on US climate data and backed it up onto servers housed in Europe.  They did this because they feared that Trump would get rid of all this data, and judging from how his transition team deleted all mentions of “climate change” from the White House website, they were absolutely correct. Ring of Fire’s Farron Cousins discusses this.

When Trump Became POTUS, All References to Climate Change Were Deleted From White House Website

On Friday, January 20th, as Donald Trump was taking the oath of office to become the 45th President of the United States a group of 60 scientists, computer programmers and hackers met at UCLA to completely comb through government archives, the whitehouse.gov website and copy and collect and back up any data that the government has on climate change. They then took all this data and stored it on servers housed in Europe so that the Trump Administration could not touch it.

The reason they did this is because they were terrified that the Trump Administration was going to go through and delete all of this data once the swearing in ceremony was finished. To be honest this was something that the scientists and federal employees had worried about a few weeks ago, so they began doing the same thing long before the inauguration even took place. What they’re planning to do now is keep this data, go through it, analyze it and then compare it to what is still available on the government websites. Essentially if the Trump Administration attempts to falsify any data, any reports or scrub anything, these scientists, these hackers, these computer programmers are going to call them out on it. That is probably one of the most positive things I’ve seen in quite a while.

Here’s the other side of this, they were right because immediately following the swearing in ceremony the term climate change disappeared from the whitehouse.gov website. I know Trump supporters are out there saying, “No it didn’t, it’s still there.” Well, no there were plenty of search engines, images out there, articles written. The term did completely disappear at least for a little bit. Maybe they’ve put it back up on a couple pages now. Trump people attempted to write this off by saying, “Of course he believes in climate change. He’s said it over and over again for months.” Kellyanne Conway said that.

No, Kellyanne, he never said that. He hasn’t been saying it for months. Really the last thing we heard from him on climate change is that he believes it’s a hoax perpetrated by the Chinese. Don’t try to tell us with your alternative facts that he has always been a believer in climate change. She verified this by saying because the climate always changes. What idiot Conway is confusing at the moment is climate and weather. The weather changes from day to day. Republicans aren’t smart enough to understand that the weather is not climate. They think that if it’s snowing one day climate change, global warming, can’t be real. Oh God no. Look at the climate outside. They’re just not smart enough to understand the difference between weather and climate.

That’s why the scientists and programmers and hackers had to get together and copy this data and back it up and store it so that we do not lose it for the next four years. This is decades worth of research and scientific analysis that the Trump Administration is attempting to get rid of. Luckily we do have people out there that took action, they got the data. Hopefully they will call Donald Trump out every single time his administration attempts to falsify, remove or otherwise bastardize decades worth of research on climate change.