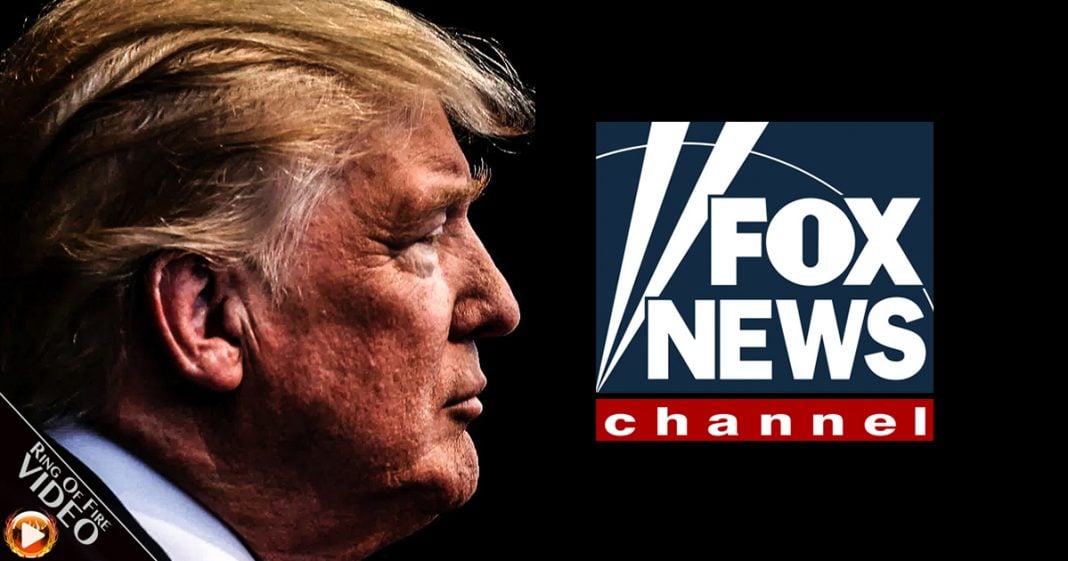 Fox News went out of their way to make excuses for the Bush Administration’s actions, but they’re going to have an even harder time doing this for Donald Trump, the man who they helped create. Grab the popcorn, because their justifications for Trump’s actions will be interesting. Ring of Fire’s Farron Cousins discusses this.

One of the things that was so interesting during the George W. Bush Administration was the way that Fox News consistently came to his defense on every single issue. On the Iraq war issue, they helped push the lie that it was Saddam Hussein building weapons of mass destruction. They sewed doubt into whether or not Saddam Hussein was involved with 9/11 attacks, that’s why the majority of Fox News viewers actually still believe that. They did everything possible to normalize the Presidency of George W. Bush, so it has to make you wonder how in the world are they going to normalize Donald Trump? It’s something that’s going to be very interesting to see unfold over the next four years.

For example, Donald Trump has said he is in favor of cheaper prescription drugs for American citizens, something that goes against traditional Republican talking points. Is Fox News suddenly going to flip and say that oh, well, no, no, no, no. We want Americans to have cheaper prescription drugs. If he follows through with his plan to deport millions of illegal immigrants, or immigrants for that matter, and the economy suddenly tanks, because we’ve seen that happen in states that have deported tons of people, the economy actually suffers tremendously. How are they going to spin that when we see states start losing money? When we see farmers start losing money because they do depend on immigrants for a large portion of their labor force? How will they spin it? If Donald Trump gets us into another unnecessary war, how are they going to spin it? How are they going to spin everything?

I mean we’ve all ready seen them try to normalize all of Donald Trumps cabinet appointments. Rick Perry is from Texas, therefore he’s certainly a great pick to run the Energy department. Scott Pruitt? Well, we hate the EPA, he hates the EPA, so yeah! Steve Bannon? Ah, he’s just a misunderstood guy, right? They can’t continue this forever. Eventually the public is going to see through it.

To be honest, I find it very hilarious to think of all the crazy ways they are going to have to contort their own views as a network in order to continue to support Donald Trump, because after all, Trump’s their baby. They are the ones who put him in the political spotlight. It was NBC that helped put him in the public spotlight, Fox News gave him his political voice. That’s where he came from. They created this and they have to live with it. It’s going to be very interesting to see the events of the next four years unfold, specifically because it is going to take a complete work of acrobatics for the folks over at Fox News to contort their own twisted beliefs to fall in line with what Donald Trump is going to do for the next four years.