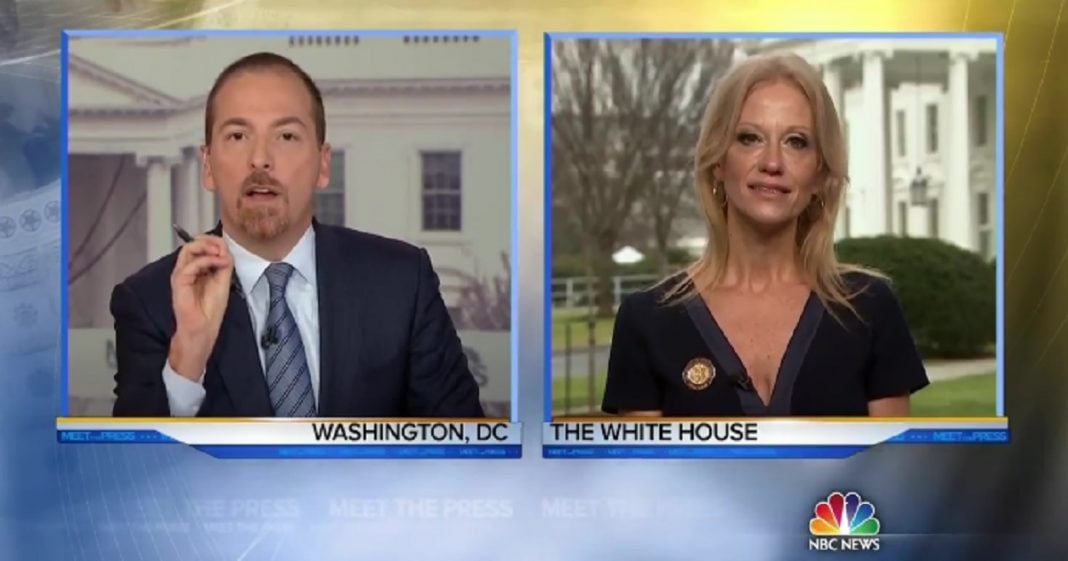 While millions of women marched in cities across the world on Saturday, the effect seems clear: the rest of us, whether we marched or not, now feel the support of approximately four million women behind our opposition to Trump.

This appeared clear even on NBC Sunday morning when usually-soft host Chuck Todd waged all-out-war on Kellyanne Conway and her use of a strange doublespeak term, “alternative facts.”

While the rest of the world observed Press Secretary Sean Spicer tell all-out lies at his first press conference on Saturday, Conway and the Trump administration had apparently decided to call his lies, or ‘falsehoods,” as Todd called them, nothing but “alternative facts.”

If you shortened that, could you call them alt-facts? Chilling.

Either way, Todd was not standing for Conway’s double-speak and continued to press her to explain why the White House would begin their public relationship with the press and the nation with a slew of lies.