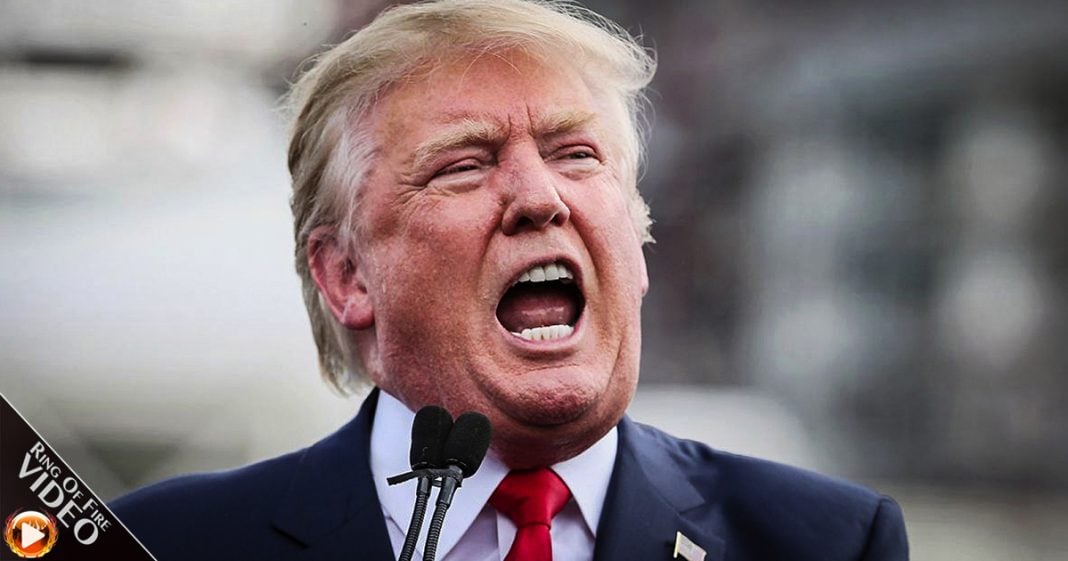 Donald Trump will have the opportunity to destroy the Obama Labor Department’s recent overtime rule, a move that will effectively kill overtime pay for millions of American workers. Ring of Fire’s Farron Cousins discusses this.

Midway through 2016, the Obama Labor Department came out with new overtime standards that increased the threshold with which workers were entitled to earn overtime pay if they were salary. The threshold went up from the mid 20,000s all the way up to the mid 40,000s. They increased the threshold of who’s eligible for overtime pay by about $20,000 a year. This would’ve extended overtime benefits to millions of American workers. It was actually supposed to take effect in mid-December, right before Christmas time, until a federal judge appointed by Obama, a federal judge who made his fortune representing companies going after workers, he said, “You know what? We’re not gonna go ahead and enforce this yet. We need some time, uh, to see if this is something that the Labor Department could do. So, we’re gonna kick the can down the road.”

Well, here’s the thing. Donald Trump is the president. Obama’s got a couple hours left in office, and I don’t think that this overtime rule is something he’s real concerned about. In a few hours Donald Trump takes the oath of office and he’s officially the President of the United States. This Labor Department rule, still on the books waiting to see what the court’s going to do. They don’t need to do that, because Obama’s labor secretary is going to be gone. The person who implemented this rule, the staff that drafted it, they’re all gone. There will not be anybody left in that department that actually cares about the wellbeing of American workers and making sure that they actually get paid for the time that they work. Donald Trump could easily kill this rule before that corporatist court has any chance to even rule on it. That is likely what he’s going to do.

He’s going to say that it’s government overreach. He’s going to say that the government overstepped their bounds. They can’t be telling private companies what to do, it hurts workers. Right? Those are the same talking points we hear every single time from Republicans when they try to kill American jobs, or kill American wages, or destroy anything, worker protections. They’re saying that it’s actually bad for workers. We’re going to hear the same thing from Trump’s labor secretary and Donald Trump himself, that these overtime rules, they actually hurt workers. It gives companies less incentive to let people work overtime, they’ll just cut your hours.

That’s not true. That’s not how that works, but it’s what they’ll use to sell it, and it’s what Donald Trump supporters will buy into. It’s what Republicans will believe, that is, until they start getting their paychecks and they notice suddenly their paychecks are lower. Why? Because you’re not getting overtime pay.

Companies do retaliate. Don’t get me wrong. We’ve seen that in plenty of cases. When you have a new federal law come down saying that, “Hey, if somebody makes $45,000 or less a year, you have to pay them overtime,” they have to do it. Eventually, even if they try to cut hours at first, they’re going to find out that they’re not able to make that sustainable. People will get that overtime. They will get that money. That’s only if this law stays on the books, and I can promise you it’s not going to, because it takes a little bit of money away from wealthy CEOs, at first. In the long run, it would actually make them more money, because we all know basic macroeconomics. When a worker has more money to spend, they spend more money. Hey, don’t ever try to argue economics with a Republican, because they honest to god can’t understand it.

That is how President Trump is going to take away overtime from millions of American workers. Obama tried, but his love of putting corporatist judges in office actually screwed him on this one. Now, the can has been kicked, Donald Trump is in front of it, and he’s about to kick this rule into the garbage.