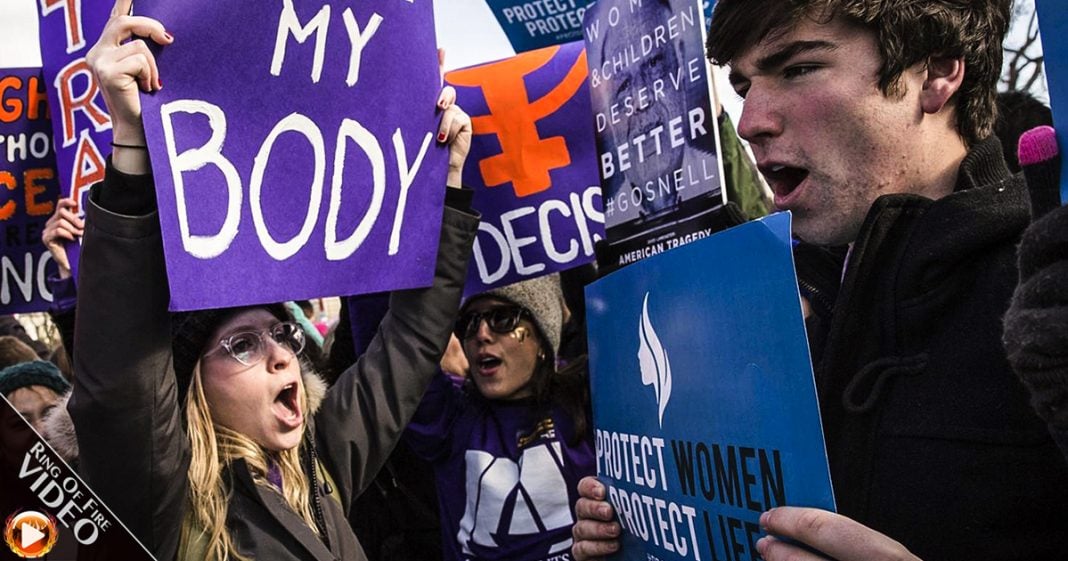 A Republican state representative in Texas has put forth legislation that would make abortions in the state a felony, which would prohibit any woman who has had an abortion from ever being able to vote in an election in the state ever again. Ring of Fire’s Farron Cousins discusses this.

Republican State Representative Tony Tinderholt from the state of Texas has put forth legislation that would essentially strip the right to vote from any woman in the state of Texas who has had an abortion. Here’s how that works.

They’ve put forth legislation that actually makes having an abortion a felony, and as such in the state of Texas, if you have a felony on your record you lose the right to vote. This law is not meant to reduce abortions. It is meant to strip the right to vote away from women who have abortions. They’re literally trying to take away your right to choose and then taking away your right to choose a candidate. The state of Texas wants to take away every single right that a woman has.

Honestly, at this point I don’t know why any women still live in the state of Texas. This state hates you and there is no other way to say that. They hate you. They do not think you are smart enough to make decisions. If you do make that decision then they want to ruin your life. They want to take away your right to vote. Hell, when you have a felony it’s a thousand times harder to get a job, including a minimum wage job. McDonald’s doesn’t typically hire people that have felonies. Same thing with big box stores. A felony on your record is almost a death sentence. It certainly is a sentence to live your life in poverty because you’ll never be able to find a good paying job with a felony on your record.

Even if you do, even if you overcome those odds, in the state of Texas they won’t let you vote. You got that felony because you’ve made that decision. It’s something that you had to do. Wasn’t an easy decision, but you had to do it. Maybe you had to do it to save your own life. Maybe you had to make that decision because you were raped. Doesn’t matter to them. You’re a felon and you don’t have the right to vote anymore. That’s what the state of Texas is telling women. Again, this is something that we will see other republican controlled states follow, because believe it or not Texas is not the reddest state in this country.

We still have places like Alabama, Georgia, Oklahoma. They will follow suit. My only hope, a message to women of Texas is get the hell out of there. They hate you. Go find somewhere where you’re treated like a human being and not of some object that has to be told by a man what you’re allowed to do with your life.