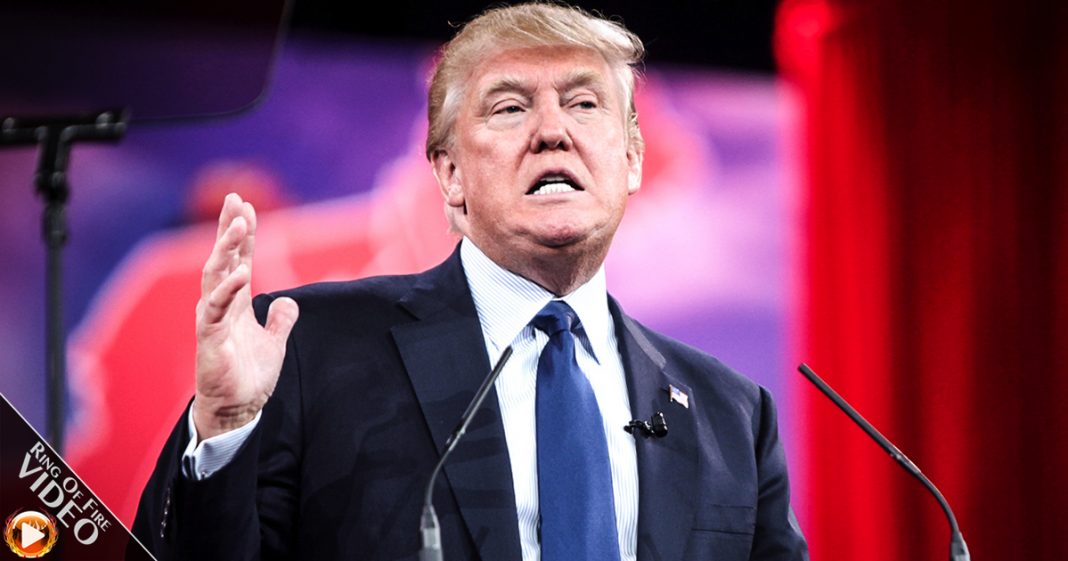 Donald Trump’s worst personality trait is his narcissism, but it might also be the only thing that Progressives can manipulate enough to make the next 4 years a little more tolerable. Ring of Fire’s Farron Cousins discusses this.

Well, ladies and gentlemen, it finally happened. Donald Trump is the president of the United States and a lot of people out there are wondering, “Is there any hope at all for the American public, for progressives, for anyone in this country during these next four years?” To be honest, I actually do think that there is a very thin sliver of hope.

Now I’ve never been one to be accused of being optimistic, but I do see a real opportunity here for the public. To be honest, it actually lies within Donald Trump’s own narcissism. You see, Donald Trump is the kind of guy, obviously he has to have everything. He wants everything. Well, now he’s in the highest position of power on the planet, he’s a billionaire, allegedly, so he’s got the money that he needs so what is this narcissist missing?

Well, he’s missing the admiration of the public. That’s evident from his 55% disapproval rating being sworn in at only a 42% approval rating. He does want the public to love him. He wants to leave behind the legacy to where when people look back they say, “Gosh, he was just a really good guy.” That’s what Donald Trump is missing. To be honest, that is psychologically a part of a narcissist personality is the desire to be loved.

Donald Trump makes it hard with his bullyish ways but let me put it this way. Last week, when senate democrats voted against the Klobuchar amendment to import cheaper drugs from Canada, Donald Trump did understand that the public was angry, that they wanted cheaper prescription drugs so what did he do a couple days later? He came out and said he’s going to come up with a plan for insurance for everybody.

He’s made pledges that he’s not going to cut Medicare or Social Security because he knows that the people actually like those plans. That goes against his own republican party. That’s another place where this sliver of hope continues to exist is that Donald Trump is not necessarily loyal to any particular party. He’s not loyal to democrats, even though he called himself a democrat for most of his life, and he’s certainly not loyal to republicans as seen in his willingness to go in favor of cheaper prescription drugs, to promise to not cut Social Security. Those are not republican talking points.

Now back to Donald Trump being swayed by the public. When he first proposed the boarder wall, he saw that it resonated very well amongst his base, so he continued hammering on that talking point. It is something he wants to accomplish, something that hopefully he will not accomplish, but it was the public reaction that he saw and liked. It wasn’t necessarily the policy. It was the fact that people liked it and that’s where we can get Donald Trump.

If we stand up as a unified mass of people, we can sway his opinions, we can sway his policies because he has nothing else to gain from being president other than the one piece of his life that’s missing and that’s love from the public. If he thinks he can gain our admiration by giving us the policies he wants, by giving us cheaper prescription drugs, by not building a boarder wall, by protecting Social Security, sure he’d be doing those things for the wrong reason, but at least it would help protect American citizens.