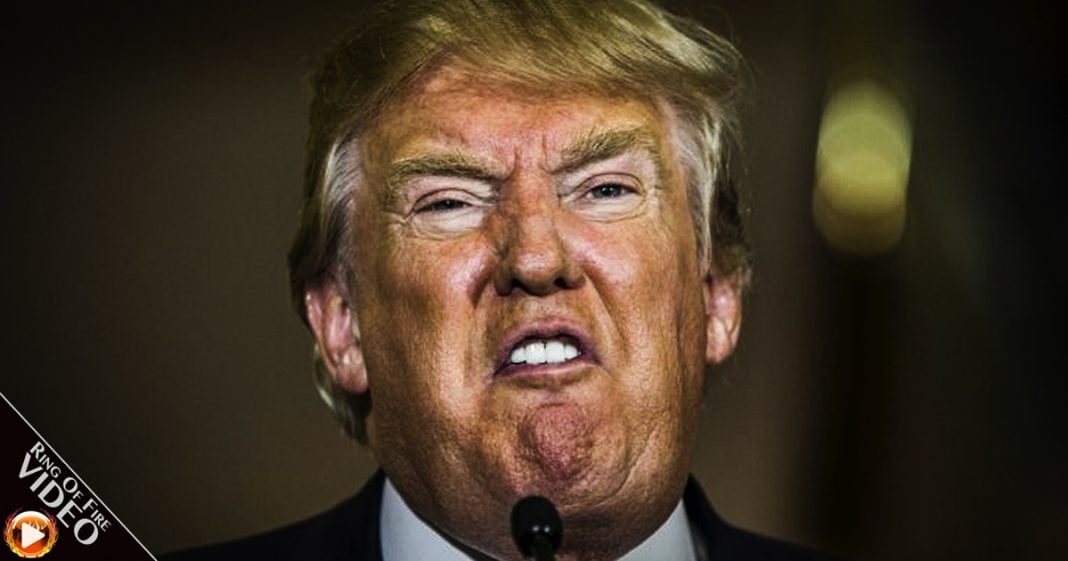 The Republicans have spent most of this century railing against so-called liberal elitism and intellectualism, demonizing intelligence. Donald Trump’s election is the end result of the Republican Party’s assault on intelligence. The Ring of Fire’s Farron Cousins discusses this.

Those of us that have been in the progressive media industry since the days of George W. Bush, we used to talk a lot back then about the fact that you really can’t get any dumber than George W. Bush. When you think about it, George W. Bush rode this wave of anti-intellectualism into Washington in the year 2001. He did that by painting his opponent, Al Gore, as some kind of liberal intellectual elitist who doesn’t understand the common man. That’s when the whole, ‘Who would you rather have a beer with?’ conversation came about, because apparently that’s an accurate way to figure out who we want to run our country. Anyway, they painted Al Gore as some super smarty, nerdy guy that average citizens need to get out, or get him out. They did the same thing to John Kerry in 2004. George W. Bush, anti-intellectualism, won the day.

Donald Trump, I am hoping, is the end of the Republican anti-intellectualism, but it does kind of help us understand why Americans flock to him. According to analysis, Donald Trump usually speaks at a 4th grade level. The lowest speaking grade level for any seating president. I think George W. Bush was somewhere between a 6th and a 7th grade level. Donald Trump takes it all the way down to elementary school. Furthermore, a lot of Americans seem to still be under the impression that Donald Trump is a smart guy, that he knows what he’s doing. Look how successful he’s been throughout his life.

Well, first of all, Donald Trump refuses to release his grade transcripts from college. He said that he made the Deans List while at the Wharton School of Finance, however it was determined that that is not true because you can actually look those things up Donald. There’s a thing called the internet. There’s archives of newspapers. You weren’t on the Dean’s List ever.

So, he’s not as smart as he says he was, even though he constantly reminds us that he’s a real smart guy. That’s why he doesn’t need intelligence briefings, right? Well you do. As for the Republicans who say he’s a great businessman, there’s Trump Taj Mahal. There’s Trump University. There’s Trump Airlines. There’s Trump Steaks. I think there was Trump Magazine. A lot of failed businesses in his past.

Oh, but he’s super rich. Yeah, because his daddy was super rich and gave him a lot of money. It’s kind of hard to screw up when you have that much money, but Donald Trump is an idiot. Yet he managed to convince people that he is this super smart, average guy though. Average. Not so smart as to be an elite like the Democrats, like Barack Obama, but smart enough that he gets it. ‘He tells it like it is.’ No, he tells it like a 4th grader would tell it, according to analysis.

I remember when Barack Obama was running for president. Fox News actually ran a segment attacking him because he ate arugula. They attacked him because he ate arugula, trying to say that that made him out of touch with average Americans. ‘Look, he eats the fancy lettuce.’ What the hell? Fox News has helped perpetrate, or perpetuate, this myth that being intelligent is bad. Republicans love the idea that intelligence is bad. This is what we get as a result. We go from Bush to Palin to Bachmann to Perry to Carson to Trump. We get dumber as a society because the dumb people tell us that smart people are bad. I hope I explained that on a 4th grade level so that people can really understand that.

We want our leaders to be smarter than we are. We want our children to be smarter than we are. We should want everyone on this planet to be smarter than we are, because that’s going to make things better. You don’t want a guy who reads and writes at a 4th grade level running the most powerful country in the world. You don’t want a guy with a 4th grade mentality with access to the nuclear codes or to drones, and that’s what we got. It’s all because, back during the 2000 campaign, the Republican party decided to switch their script and say that being smart was bad and being an average Joe, Joe Sixpack or Joe the Plumber … That’s what we want as a leader. A guy who sometimes gets confused about where something is on a map. A guy that, maybe, doesn’t know his left from his right, but you damn sure don’t want any arugula-eating Mensa member going up there to Washington and screwing things up for the rest of the country with their elitism.

No, we want presidents to be elite. We want them to be the best of the best. I would hope that after Donald Trump, for the rest of my lifetime, every president that gets elected is a hell of a lot smarter than me, because if they’re not, that’s a problem. No citizen really, unless you’re a scientist, you work in that field, whatever, should be smarter than the president. We should have the best of the best. Instead we’re taking a failed reality TV star, a failed businessman, a man who bankrupted several casinos … Again, an industry in which people walk in, literally give you money, and expect nothing in return. Donald trump couldn’t make a profit off of that. But hey, doesn’t matter, because he tells it like it is.