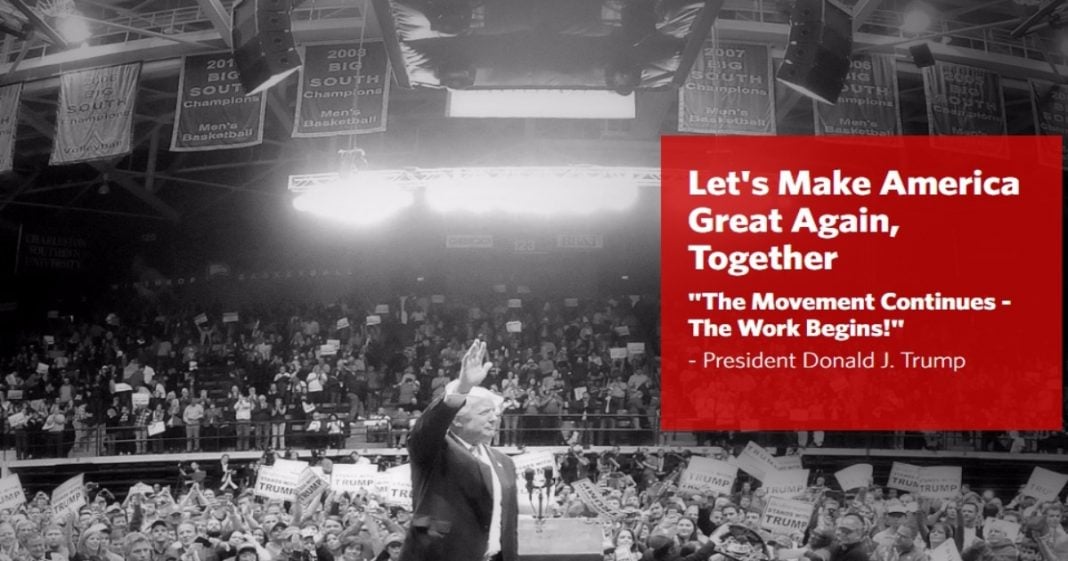 In a small move that might not have been noticed by anyone, the Trump Administration made clear just how they feel about the science behind climate change when they deleted every single reference to the man-made environmental disaster at noon on Inauguration day.

As Vice News noted, at 11:59 on January 20, the White House had a lengthy page on the official website devoted to Climate Change and the number of ways that the administration planned to face the changes and prevent future damages.

As the clock struck noon, all those references disappeared as if in a cloud of science-denying smoke from WhiteHouse.gov.

Though in the interest of transparency, there was one mention of climate change – in a portion of the website where the administration outlined Trump’s plan to eliminate the currently established climate deal as part of his gutting of government spending and programs.

“President Trump is committed to eliminating harmful and unnecessary policies such as the Climate Action Plan and the Waters of the U.S. rule.”

Certainly, Trump may add references to global warming and climate change in the future, but the fact that it was omitted on launch day is a disturbing change in behavior. We already know that Donald Trump doesn’t put much stock in the expertise of climate scientists, and this omission does not bode well for the future of American climate science.